Preachers Cave and a Blue Hole!

Today was a blast and a half! Our new Bahamian friend, Kayson, came over in his boat and said he’d like to take us on an adventure. Since adventure is our middle name, we couldn’t resist. We followed him in the dinghy to Eleuthera Island and tied up.

We hopped into his uncle’s van and he drove us to a place called Preachers Cave.

In 1648, English settlers seeking religious freedom, shipwrecked on Devils Backbone and found this huge cave as a shelter. They named the place Eleuthera, which is a Greek word meaning freedom. 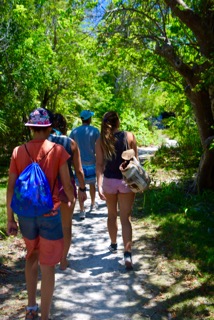 The rock formations and color inside was so beautiful. 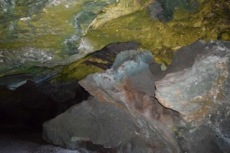 Several openings allow light to enter the cave from above…

We hiked around the side and climbed up on top of the cave, and the view was beautiful.

Afterward we went to the Blue Hole, and loved jumping from the 25ft ledge into beautiful, cool, clear water.

The suns rays were streaming down through the water, creating a surreal, breathtaking scene. 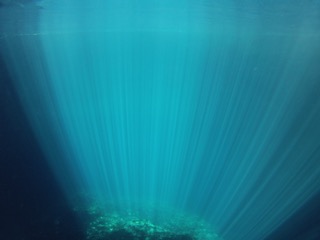 I took several photos of the creatures swimming and playing around in the rays: 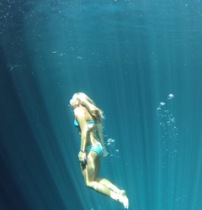 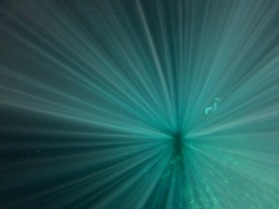 After a while I climbed to the top and took photos from above. We got goofy! 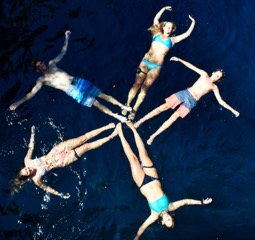 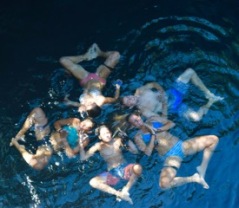 And then I had the idea to make it look like they were floating in outer space! 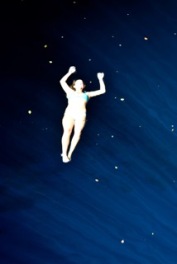 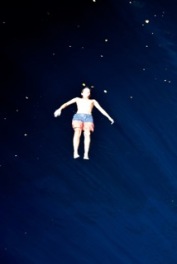 What a fun time!
Once we left there Kayson showed a place where we could go cliff jumping. It was low tide so we will go back sometime when it’s high tide to jump.

While on our way home some people we met in town last night, waved down our dinghy and asked if Emma could babysit for them tonight. She happily accepted, and after getting ready on Tanda Malaika, she drove herself next door to babysit. 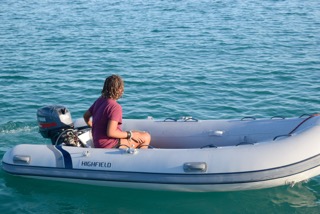 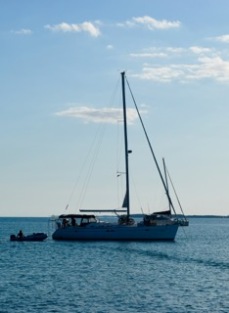 Our wonderful friends on ‘Hi 5’ are leaving us for sure tomorrow to head back to Canada, and they came over for the evening. We love them so much and are going to miss them! Julie and Mycah played their Ukulele’s and sang to us. Sweet Dylan smiled all night and joined them periodically, singing at the top of his lungs.

It’s been another wonderful day of life and I am so grateful for it. I got to chat with my love in Italy and he is still doing well. His tomorrow evening they will be leaving Italy to return to Taiwan.
Life is good and we are humbly grateful to be so blessed with such an exquisite world.