The creatures and I painted some rocks a couple nights ago, and Emma painted a sea urchin. We found it really fun and relaxing after all the hard work we’ve been up to. 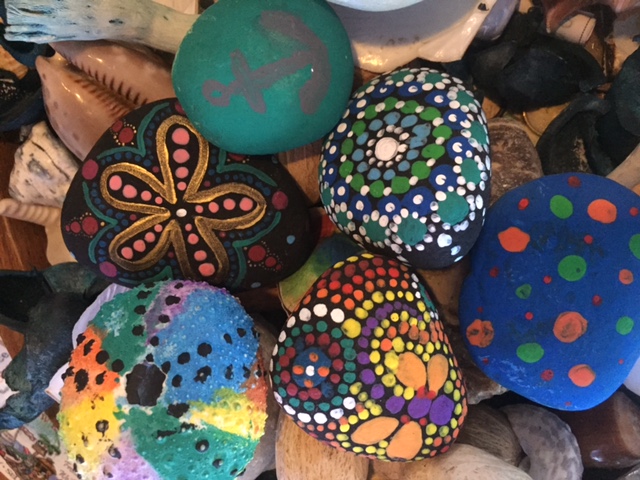 Today we discovered the ultimate mango treasure! Four trees absolutely covered in mangoes. None were ripe but we picked a bunch to let them ripen here at the boat. Right before we set sail we will make sure to stash up on a bunch more. Jude, Aidan and Emma climbed up and picked the goodness for us this time while Mycah and I caught them as they threw them down. 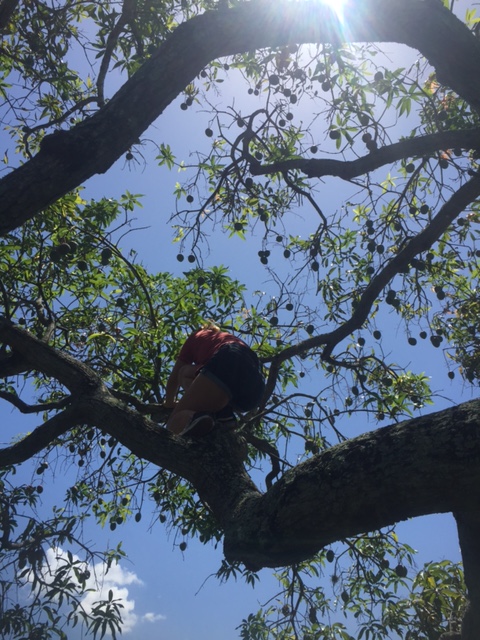 We stopped by a really cool store called ‘Sailor Man’, which is kind of like a giant sailing pawn shop. There are new items as well as those taken on consignment – in fact they agreed to take our old generator on consignment, which we will deliver to them tomorrow. Mycah called me at one point saying that if I wanted to get a head in life, I needed to come see…when I turned the corner this is what I saw… 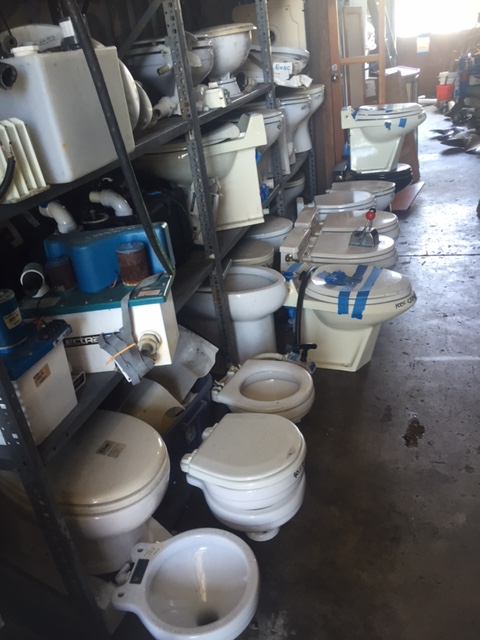 I told her that further down the isle, was the more PROPper place to be…

It was hot but beautiful in Fort Lauderdale. We looked out at the ocean and longed to be out there, free from land.

Back at Tanda Malaika, we began the anchor installation process. Danny removed all the bubble wrap, while Mycah climbed aboard a floating dock to work her way under the boat so I could lower the old anchor down to her floating platform. 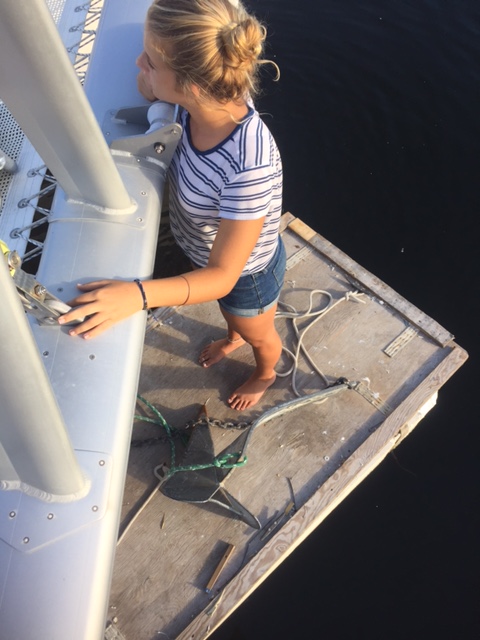 Look how totally bent the old anchor is! This is a 60 lb Delta Anchor. Remember back when I wrote about the storm the creatures and I were in, in Spanish Wells when Danny was on one of his trips? It was the same storm that broke the bridle – well I’m pretty sure it was that same feisty storm that bent this baby, and there’s no way to bend it back for use without losing integrity in strength. 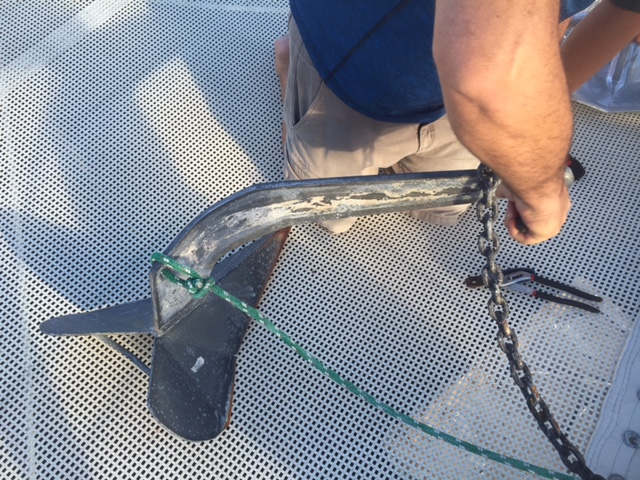 Even with all Danny’s Basque and American Indian strength, there was no way he could undo the screw on the old anchor to trade it out, so we will have to pick up a tool tomorrow to continue.

The molding for the hard top and helm station arrived late this afternoon, so we will be applying that tomorrow. Danny carried it in a box down the dock like a true African – balanced right on his head.

As a sailor, the definition of true love, is someone who is willing to help you work on your head. Aidan is on day 3 with his head, and tonight Jude sweetly volunteered to help him out, even though she has work to do on hers. I’m not sure what’s worse, the chemical smell from another layer of polyurethane on the map, or the stench from the head. The combination of the two is simply unbelievable, like some sort of twisted abstract. One can almost reach out and grasp the thick aroma in the air and slice it like Limburger cheese. 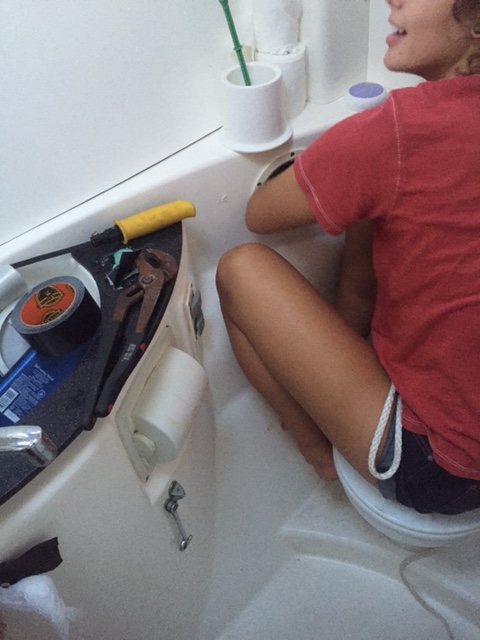 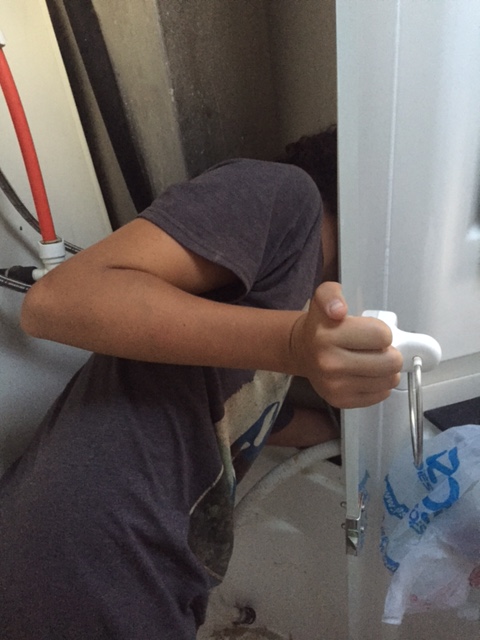 The amazing part is that rather than hearing weeping and wailing, joking around and laughing is coming from behind the bathroom door. What fantastic individuals. I am so proud of them…not proud enough to give them a hug right now, but I’m proud of them.

Our friends, the Nells, were supposed to arrive today so that we could begin our adventure together, but since all the work hasn’t been completed on Tanda Malaika yet, they are postponing their arrival by a week. It was disappointing to have to move it back, but we know that when this party gets started it will be epic!