Yesterday morning Chad had a crappy start to his day. He had to go head to head with his…head.The macerater sounded very unhappy so we explained to him how to dismantle the porcelain throne and get to know it intimately. Armed with tools, he bravely said farewell to us all and descended into the deep dark dungeons of the abyss. As time passed we knew he was still alive because we heard noise coming from behind the stench chamber. Once in a while he dragged his sweat covered body up into the salon for another tool then disappeared once again. Lucky for him he didn’t have to dismantle the especially putrid parts and was able to fix the problem. When done he immediately leaped off the stern and immersed himself in the Caribbean, washing away all sweat, odor and memory of his traumatizing experience.

The crew seems to be in a “Banana Gram” marathon. Jude and Marci have even come up with more challenging ways to play. A couple kids from a neighboring boat, “Purple Monkey’s,” were also recruited and played along. 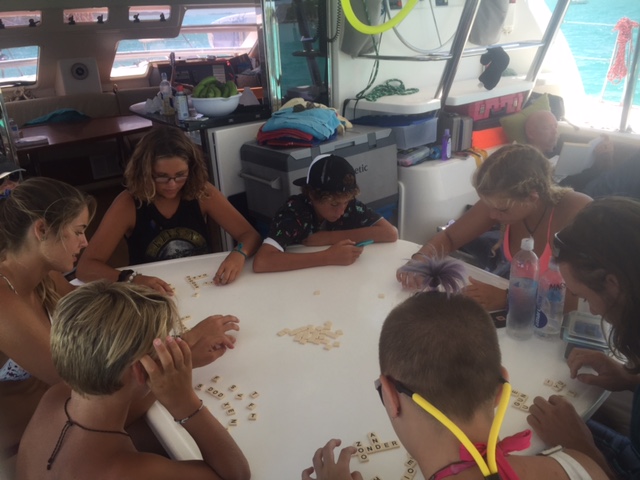 Jude and Sierra climbed some Guinap trees today and filled a bag with the delicious goodness. We love this Bahamian fruit which is related to a lychee. 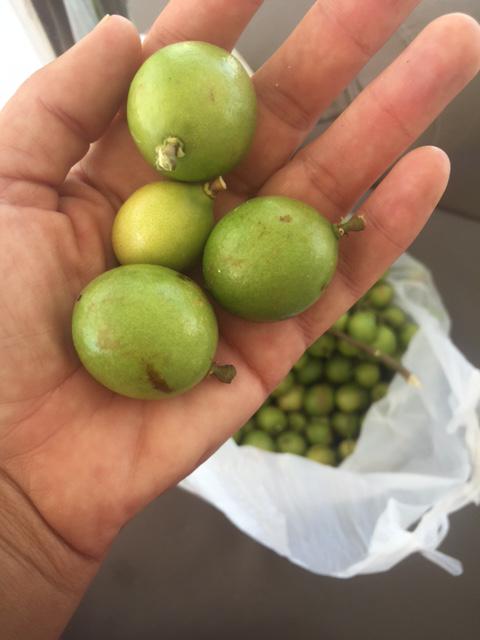 Danny and i returned to town once again this afternoon to see if our boat parts had arrived. Every day we have gone in and have been told that the correct paperwork had not arrived for customs yet, or that it was on a later flight, and today we were once again told that the paperwork is still not complete. We are so ready to set sail, and I found myself becoming more and more impatient, but I breathed deep and distracted myself with a cute little angel baby, 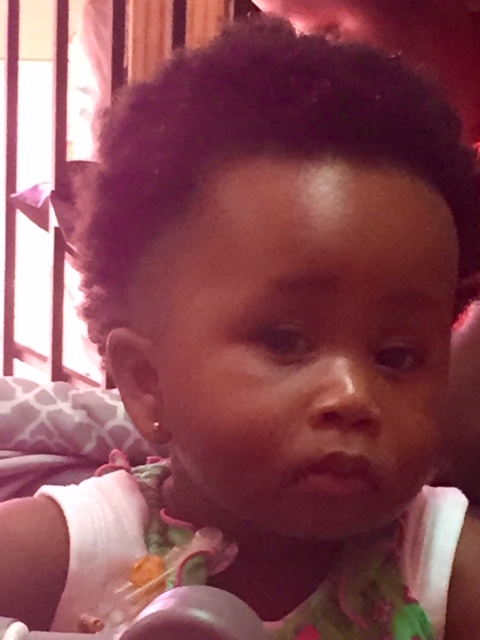 and watched Danny handle it all with a kind, patient voice and a sympathetic smile on his face. They were able to pull some strings and work a little magic and finally delivered our boxes to the store. Doe Boi is the name of the place – sweet people who bent over backwards to accommodate us. They most likely would not have, had I been impatient with them. Danny teaches me how to be a better person all the time.
Now he and Chad have some installation projects…a new water pump and auto pilot are a couple of them. 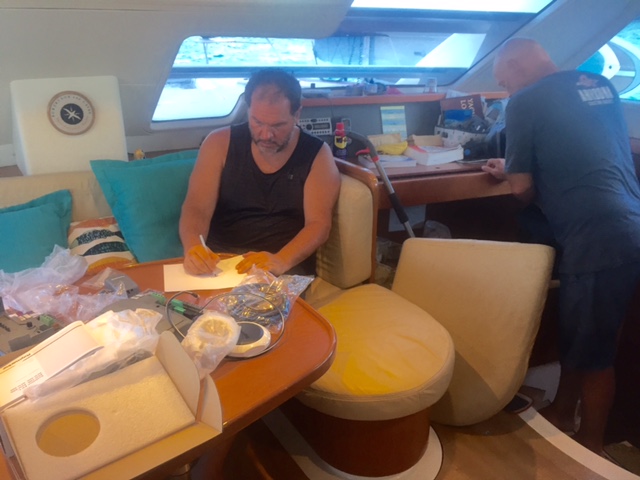 A couple times now we have had a playful friend come over. A bottlenose dolphin who loves attention! He spins, splashes, dips down and mingles with us all. Today he played here by the boat for about an hour. 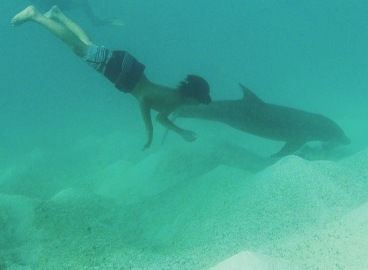 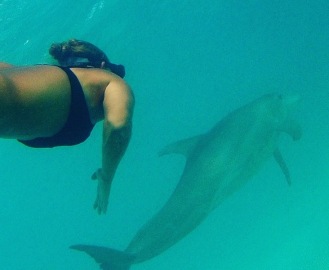 He loves to push his nose down in the sand then dart upward, sometimes with seaweed on his fins. 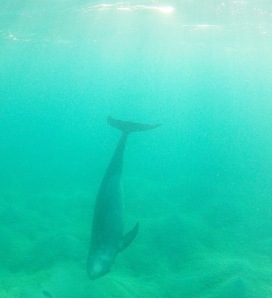 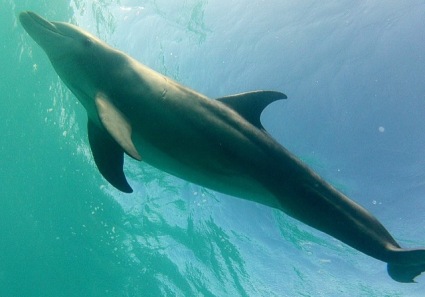 Sometimes swimming right below us and sometime right over our heads, he played and played and was never overwhelmed by the amount of us in the water next to Tanda Malaika. Today he showed up right when the creatures and their friends began playing their ukes and guitars and singing on the trampoline. What a beautiful send off for us as we leave to set sail for Turks and Caicos tomorrow. 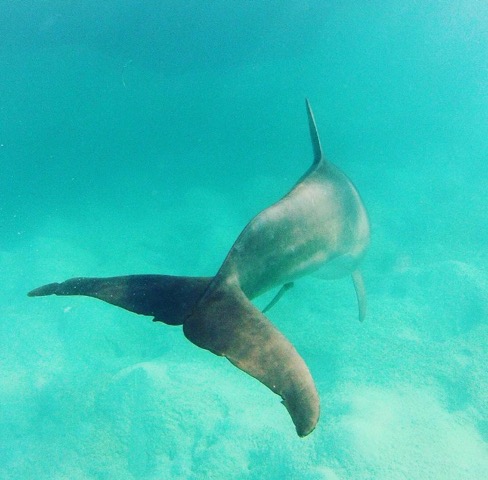 One thought on “New Playmate”

It was SO awesome to meet you guys! I uploaded a short video clip from our swimming/singing day to our facebook page, “Oh Sail Yes” I love seeing the photos as well!!! Safe travels and we really hope to meet up with you again some day.