The 27 waterfalls of Rio Damajagua

Our day exploring the beautiful mountains of Dominican Republic was something none of us will ever forget. It began with us meeting Allen and Cheri at the dock where we joined ‘Handy Andy’. Andy has his black belt three times and is retired from professional boxing. He lives here now, working hard doing everything and anything, including arranging our trip for us.

We loaded into a 15 passenger van and set out through gorgeous countryside, passing farmland where sugarcane, watermelon and mahogany is grown. I kept thinking how I wish I had the Harley here so I could cruise around and take photos at my own pace.

Once we arrived we were each fitted with life jackets and a sweet looking helmet, and followed one of our two guides across the bridge and up the mountain. 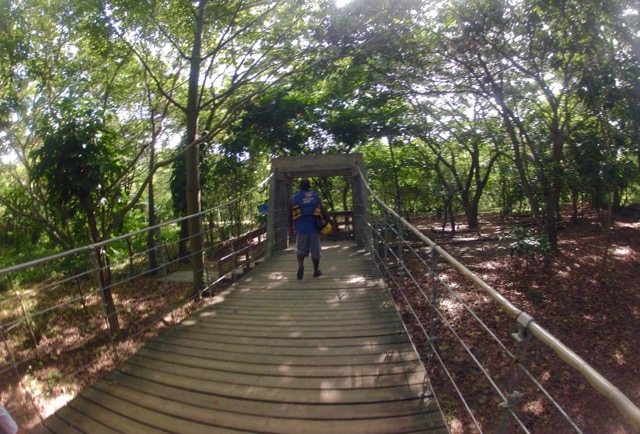 Our guides names were Gary and Agusto, and they joked around with us constantly. Sometimes Gary wore a leaf on his head to be goofy and made hilarious sounds with his mouth.

Parts of the trail were steep and slightly grueling, followed by even stretches and a few dips and climbs. Finally we made it to the top where we began the descent down Rio Damajagua, and from this point on we were constantly drenched to the core. We jumped and slid down waterfalls, immersed ourselves in natural pools of water that cooled our bodies and washed away all fatigue and sweat. 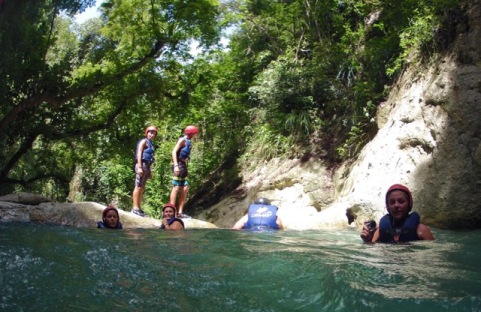 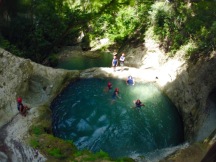 In some of the pools, crayfish and crabs could be found. 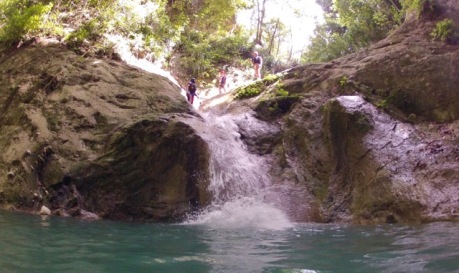 All while hiking we were shaded under a beautiful tropical jungle canopy. 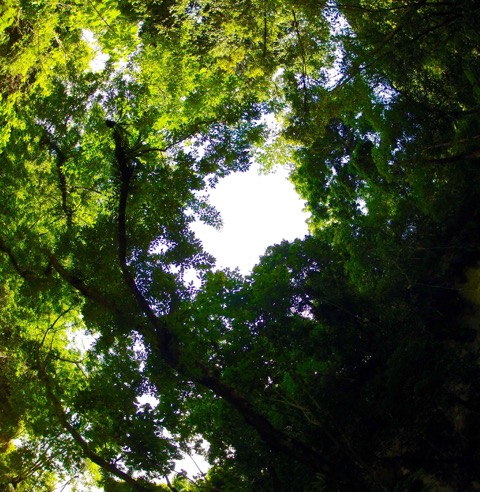 At times the river took us into pools with little caves where our guides would hide and jump out to scare us.

Parts of the trail took us through areas that were so picturesque, I just wanted to stand and stare for a long time, breathing in the beauty.

Waterfall after waterfall never got old and each pool was just as beautiful as the next. 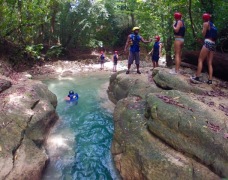 In some places the limestone and sandstone walls were such amazing colors. 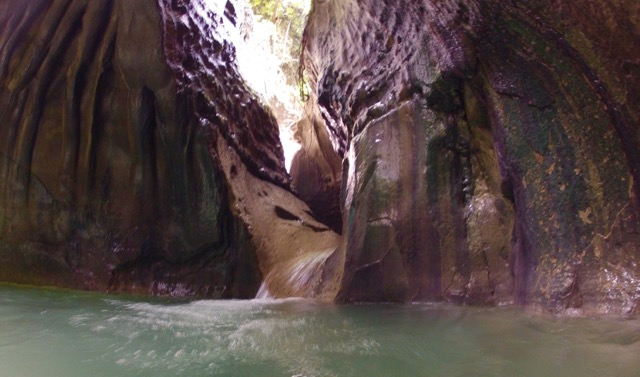 At one point it began to rain, which only added to the intense beauty.

Finally after 27 waterfalls of breathtaking beauty, we arrived back where we began, and only at that point realized how tired we were. But, a beautiful big all you can eat buffet was waiting for us, and we enjoyed rice, beans, yucca, fried chicken, pork, salads, and rolls.

We gave our guides big hugs and thank you’s, then returned to Andy and the van, and excitedly spoke about the incredible experience we had just had. 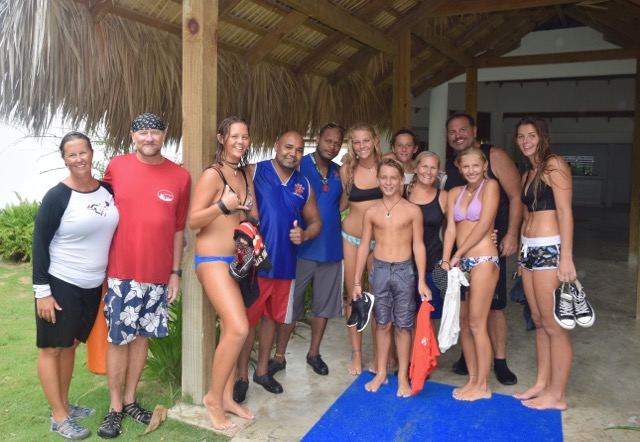 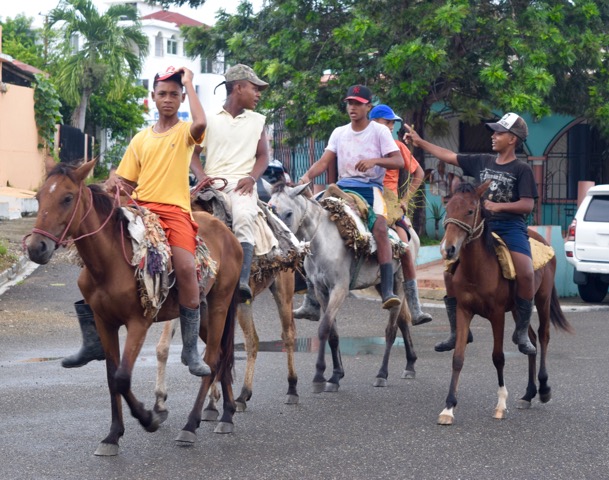 Another day in an amazingly beautiful part of the world. We have so much to be grateful for!

2 thoughts on “The 27 waterfalls of Rio Damajagua”

Amazing beauty. Thank you for the blog Darling but I really feel all the tribe there has fingers to click photos and i am getting tired of not seeing you in any photos!!!

I love you Mommy. I will send you photos privately 🙂