Puerto Plata and Beyond…

We have been needing some groceries for a while now, and selection and supplies are somewhat limited here in Luperon, so our trusty local friend, Andy, arranged for a van and driver for us. It is not possible to rent a van to drive yourself here. Rules are that the vehicle comes with a driver, and Carlos was his name. He charged $100 for 12 hours of his time, including gas.We set out on our adventure and loved the gorgeous, lush, green scenery.

Greens in every shade and thickness surrounded us.

Periodically, nestled deep in the thick foliage we saw homes tucked away like tree houses in the jungle.

We’d been told about a cable car that is fun to take up a mountain by Puerto Plata, and asked our driver to take us to it. At El Teleferico , one can take the cable car to the top of Mount Isabel, which is 2555 ft (855 m) above sea level. Carlos’s daughter, Smiley, joined us.

The ride up over the tree covered mountain was so beautiful. We looked down over a tightly packed puzzled of leaves, vines, fruits and flowers. 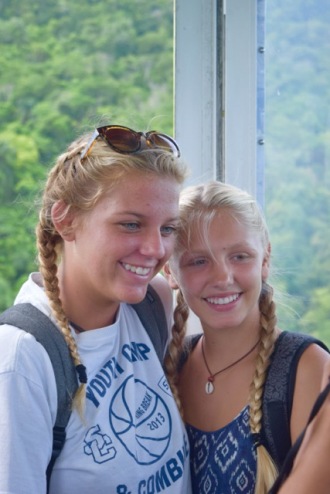 Puerto Plata grew smaller and smaller as we climbed higher. The cable car reminded me of riding the one up Table Mountain in Cape Town where I grew up.

Once at the top, we explored the botanical gardens. A tall bronze statue of Christ stands proudly overlooking the city. 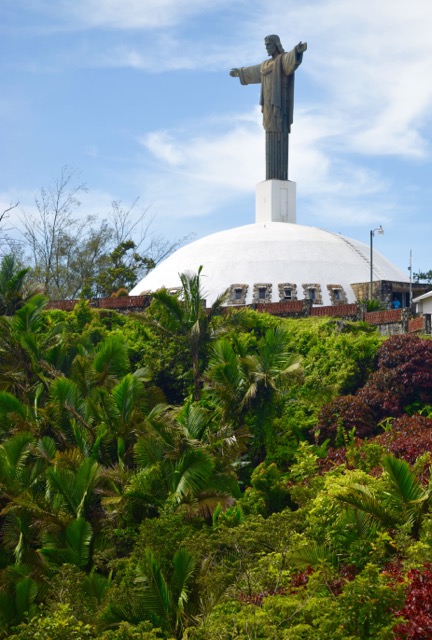 We walked down paths and roads into the tall woods. 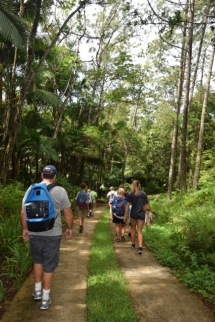 I was mesmerized but the beautiful flowers and foliage and found myself far behind the group, many times as I stopped to study them and take pictures. 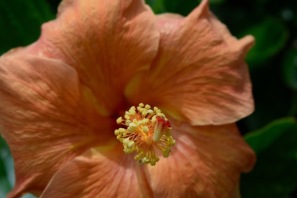 I love finding the abstract and hidden treasures as well… 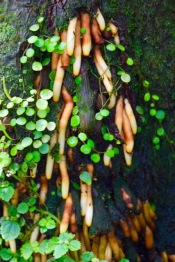 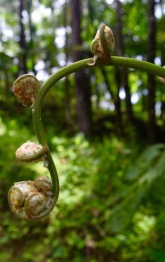 On our ride back down we made our way through some low lying clouds.

Our next stop was a the grocery store, which was much like a Walmart. It felt overwhelming and so strange to be inside such a huge, well stocked store.

We couldn’t believe the size of the bread!

After grocery shopping we stopped in a town called Sosua. It was once a haven for Jewish refugees, and is filled with historic sites and synagogues.

Along the beach are are many vendors, each trying to coax you in to see the same things you’ve already seen many times before in other booths.

Everyone took a dip in the ocean for a couple of hours.

Our last stop was Cabarete, which is about 11 miles from Puerto Plata. 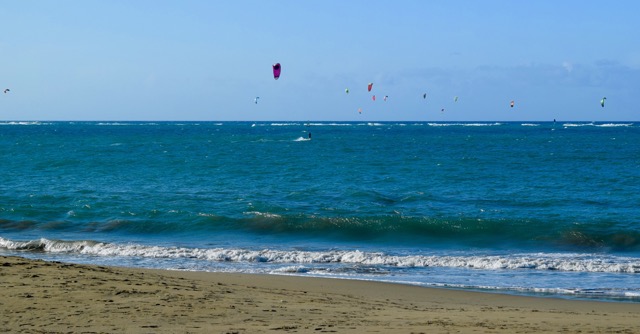 It was founded in 1835 by Zephaniah Kingsley, with his family, and 53 slaves he’d freed from his Florida plantations that he’d brought here while the island was still under Haitian administration. This place is paradise for kite surfers and wind surfers. It was fun to watch them speed out across the water and launch themselves sometimes 30 ft into the air. 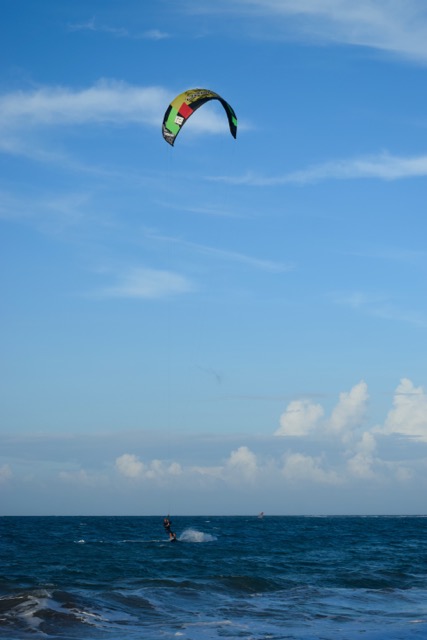 While watching them I noticed a strange group of creatures doing lunges along the beach…then realized they were mine! (but wasn’t surprised) They each did 100!

A sweet little man showed the creatures his wood carvings,

and a group came over and sang happy birthday to Mycah.

We watched the sun lower in the sky and the kite surfers return to the beach.

It was time to head back to Luperon, and back home to Tanda Malaika. We enjoyed seeing more of this beautiful country, its gorgeous topography and insane motorcyclists. We live in an amazing world.