Our sail to Samana lasted about 26 hours and was mostly uneventful, which is what we aim for. We set up a watch schedule for the night, which included Danny and Aidan 10pm-midnight, Mycah and Sierra midnight to 2am, Emma and I, 2 – 4am, Jude and Glade 4 – 6am and Chad and Marci 6-8am. Our only negative and potentially expensive event was that an overtightened jib sheet on port caused a roller on the block to explode and launch itself into the abyss. Consequently, the jib was furled and until we get it replaced we can only use the jib when on a port tack.

Everyone slept, manned the helm, read and relaxed through the day, and Chad set a line to catch dinner. He was successful, catching our favorite fish to eat…Mahi Mahi. It was a beauty. 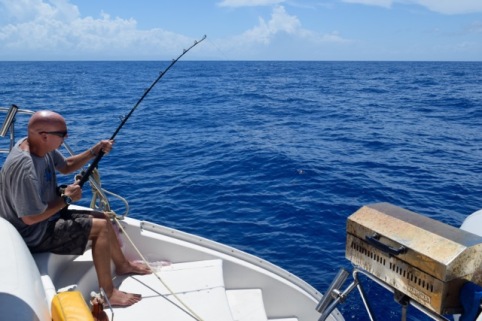 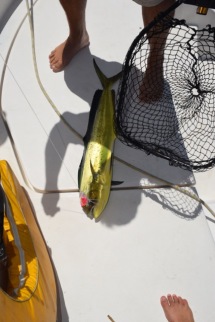 As we reached the southern end of Dominican Republic and shortened our distance to shore, majestic green mountains became clearer. 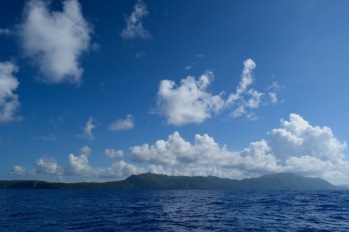 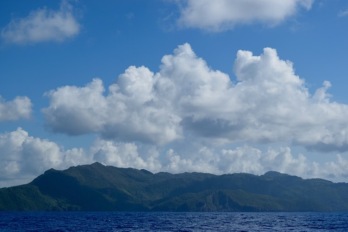 Rounding the southern tip brought us close to cliffs that reached heavenward, with eroded caves, arches and blow holes sending a mist of sea air bending like angel wings above the coastline. Dwindling sunlight cast an inviting glow that beckoned us to follow and explore the depths of dense foliage and rugged rock faces that would excite any geologist. 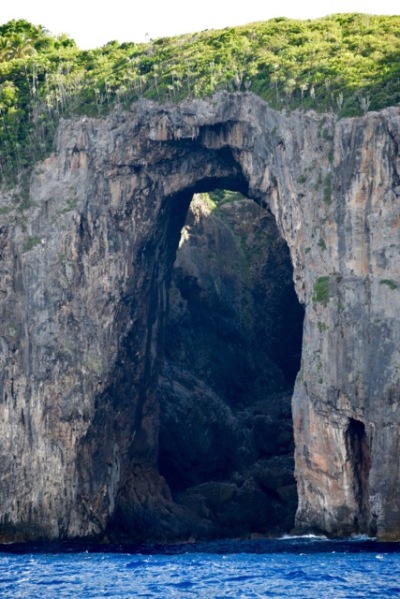 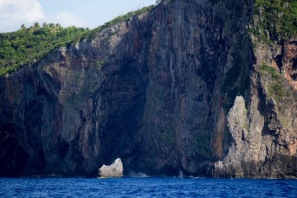 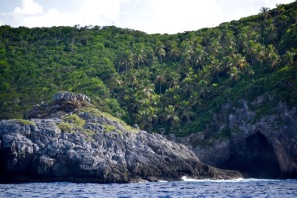 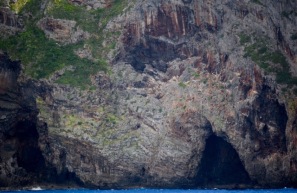 Color and texture formed a linear eruption that still holds me there, wanting to climb, to feel, and breath in the exquisite beauty. 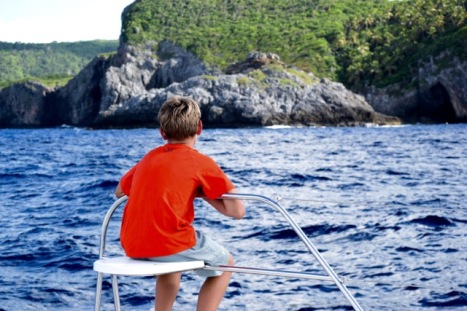 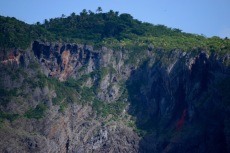 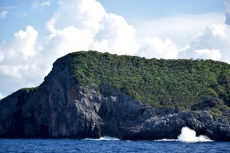 Our Maker is a Master artist.

For dinner I served grilled Mahi Mahi with Luperon beans and rice, which I prepared with fond memories, as images of Altagracia, Flee, Rueben and Luis sauntered through my head. The setting sun cast fading light on the repetition of green and is worked its way deeper into land off to port, and curious color and depth on the clouds to starboard. 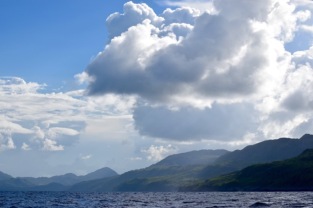 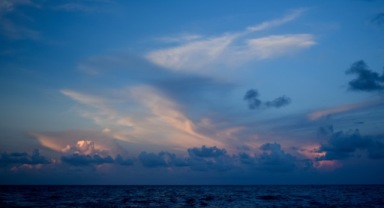 All on board watched in awe as light turned dark and we drifted into the darkness of night. 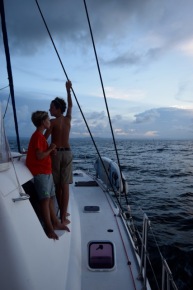 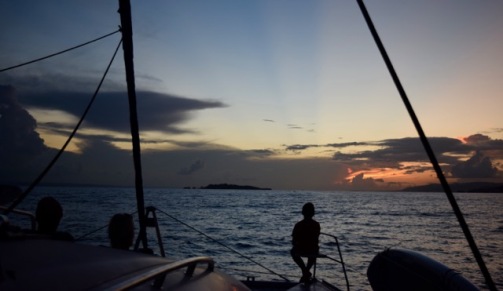 As we approached Samana, fishermen out in their tiny boats looked like fireflies in the dark, as they used lights to find their catch. The water was calm and quiet and even Tanda Malaika seemed to enjoy the peace as she gracefully moved the water away from her hulls.

Smiling staff met us on the dock ready to catch lines and tighten us down after Danny’s (once again) amazing back up into the slip. We all quickly changed and quietly slipped into the infinity pool which lay under an immense blanket of unending stars. The Milky Way stretching like giant arms ready to hold us close while we slept through the night. 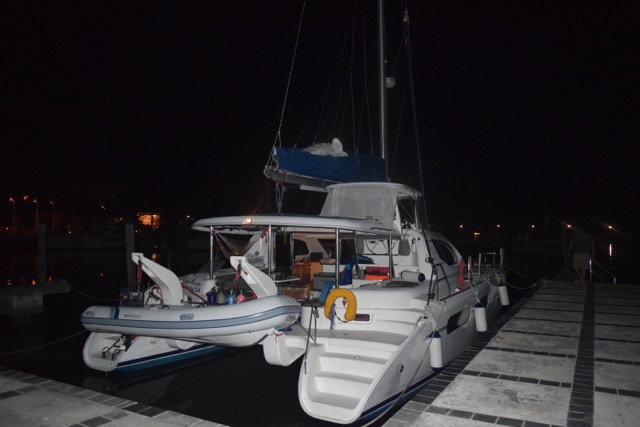