Yesterday morning several of us ran a few errands before the rental car was due back, and on the way Gabriel and Aidan decided to ride their penny boards down a hill. Gabriel got tangled up in a speed wobble and ate asphalt. He’s now sporting some respectable road rash but is doing fine.

Once we returned, it wasn’t long before we left the dock and headed east along the coast. Huge heavy rainclouds filled the sky.

As we moved out we could see it pouring not far behind us. Lightening and thunder filled the sky but we kept moving at just the right speed to avoid it all. 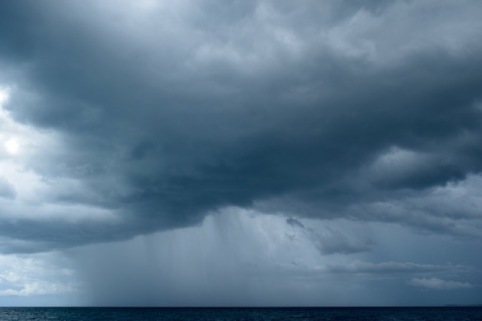 My mom perched herself on the bow with guineps in hand and enjoyed the view as she feasted. 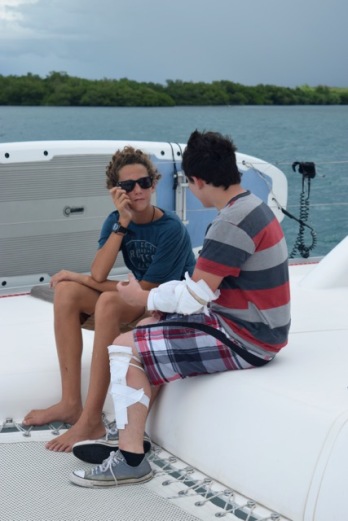 When the waves became larger my mom moved back and Bernadine, Gabriel and Jude took their places on the bow. It was the most hilarious scene…Bernadine was laughing hysterically as waves would splash up and spray them while poor Gabriel puked (unfortunately, into the wind). He was so motion sick, but felt better after a while. By the time we reached our destination, we were all salty sailors. Tanda Malaika is once again covered in a layer of salt. 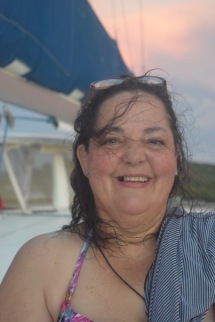 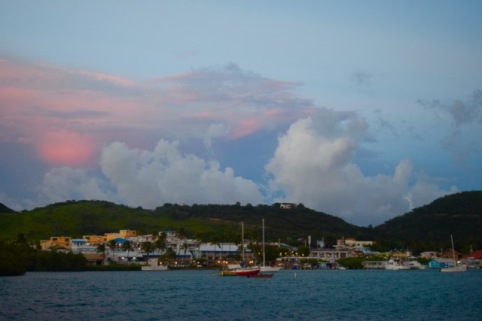 The sunset that greeted us was absolutely spectacular. So many shades of pink, peach and coral filled the sky, mixing with bright white billowing clouds and various shades of blue and lavender. 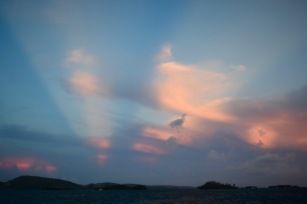 We all sat with cameras in hand and quietly watched. 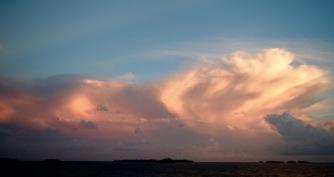 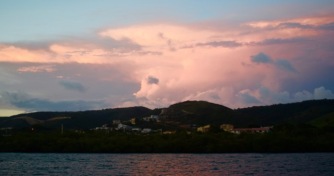 We live in such a beautiful world.

We hooked up to a mooring ball and began reorganizing when a local man stopped by in his boat to introduce himself. We asked him where the bioluminescent bay is and he offered for us to follow in the dinghy so he could show us. We had heard that theft is bad in some areas of Puerto Rico and weren’t sure if he was going to lead us all away while someone else came in to rob us, so half the group joined Danny in the dinghy while the rest of us stayed to prepare dinner.

After about an hour the adventurers returned with stories they excitedly told of bioluminescence so thick and bright that it was like swimming through dense constellations. None of their GoPros could capture it but their minds and souls are left with memories that will be held close forever. Tonight we will all go experience it together.

We continue to keep a close watch on the approaching storm. The area we are in is surrounded by many mangroves and if we need to we will tie onto those as well as throw out our trusty anchor for extra holding. We’ll keep you posted as the week progresses.