We really didn’t have any desire to explore St Thomas, so we sailed through to take a peak. It’s a busy place and so very pretty. It’s too bad crime has increased so much. 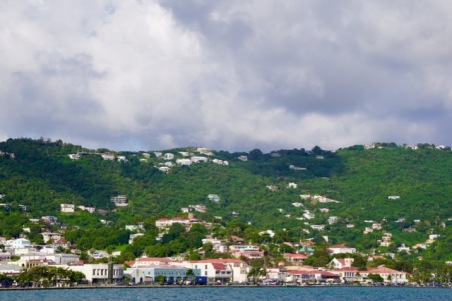 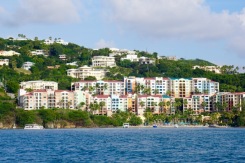 Many old buildings lay vacant, and seaplanes come and go on a regular basis.

We even saw a pirate ship, but when they saw it was us they lowered their cannons and quickly moved off.

We anchored for the night on the outskirts in a picturesque little anchorage where mosquitos swarmed the beach. Luckily they didn’t make it out to Tanda Malaika. Unfortunately the windlass is acting cranky right now, so the creatures are having to raise and lower the anchor by hand. What a pain! 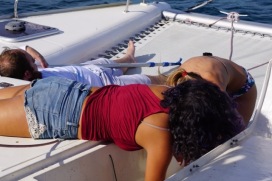 This morning when we awoke we sailed to Buck Island, where we found the clearest water in the Virgin Islands thus far. The reef mainly consisted of fire coral, but turtles ate lazily on sea grass and it was so refreshing to immerse ourselves! 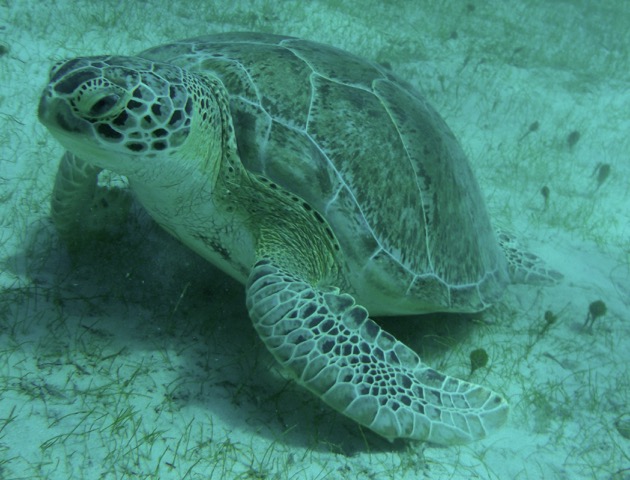 The creatures and I decided it was time for a land adventure, so we loaded in the dinghy to explore a lighthouse on the hill…
we had to dinghy around to a nearby bay and anchor, then swim to shore. Since I had a backpack full of camera equipment, Emma volunteered to drop us off and then anchor the dinghy and swim to us. She did a fine job.

The shore was rocky, but in between the rocks are beautiful shells and sea glass. We collected some beautiful treasures.

Once climbing the hill off the beach, we could see the lighthouse in the distance. It appeared to be quite reachable!

We reached an open grassy area that was so gorgeous, where Mycah sang “The hills are alive….” as she twirled around. 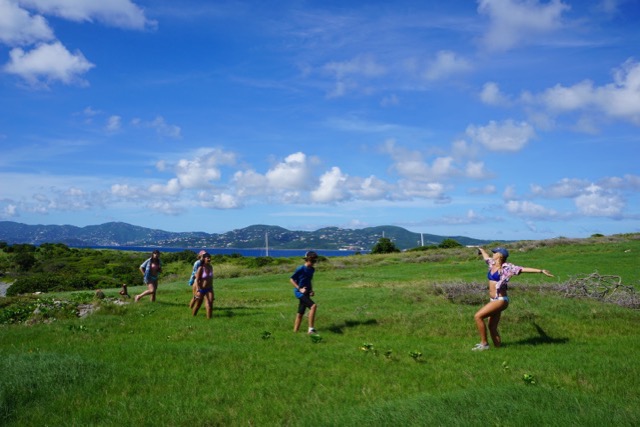 The view was beautiful. 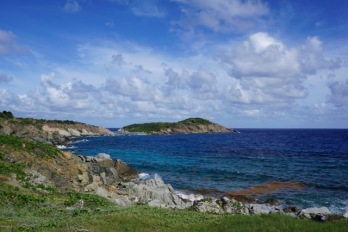 We came across some interesting cacti…

they grow plentifully up there. 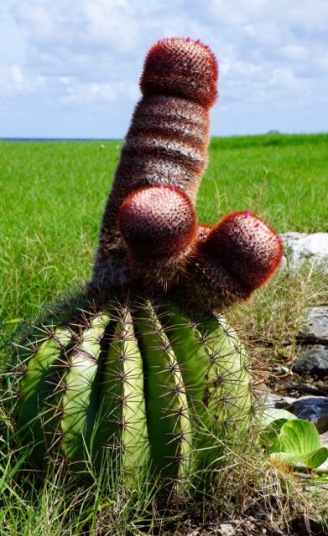 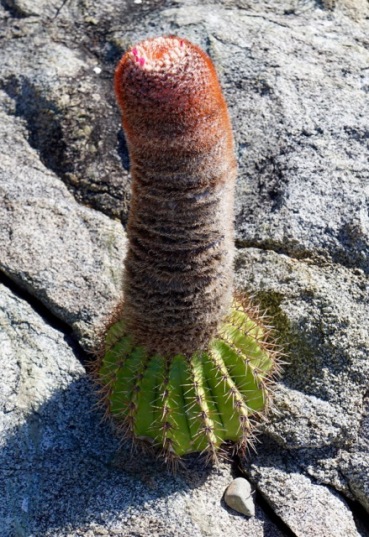 Today is my ‘cleanse’ day on my and Danny’s diets, so my energy level was extremely low, and after hiking through thorn trees, cactus and pampas grass that leaves your body covered in thin paper cuts, Kjira and I decided to continue collecting shells and sea glass and let the rest of the creatures go ahead. I think a machete would have been handy to work through the terrain we were hiking.

Jude, Mycah, Aidan and Emma made it there. They had to climb up the side of the lighthouse, through a window and up to the top. Danny took a photo of them with the drone.

Kjira and I enjoyed relaxing in the cool water for a while, then dinghyed back over to Tanda Malaika. The lighthouse crew had found another way down and told us of their adventure in excitement. So much fun for all!

The sunset tonight was especially beautiful, and now we rest our tired bodies until tomorrow when we’ll wake and sail to St John.