Halloween on a boat

This post may seem a little late considering Halloween is done and gone now, but we haven’t had the wifi or good enough cell service to post.First i have to mention a place the creatures and I grabbed a hamburger at in Redhook. Their idea is genius. Upon arrival they hand each guest a sheet of paper with the menu on it, and next to each item is a check box. You check everything you want and they fill your order and serve it in a brown paper bag. 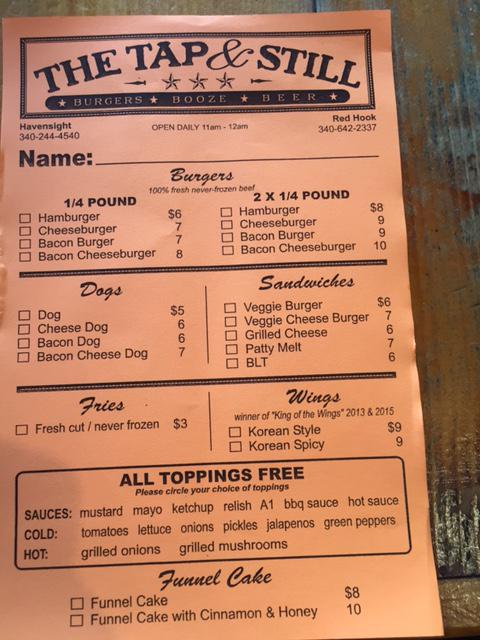 The waitress said they hate doing dishes, so they don’t have any. The food is cheap, delicious and promptly delivered! Genius. 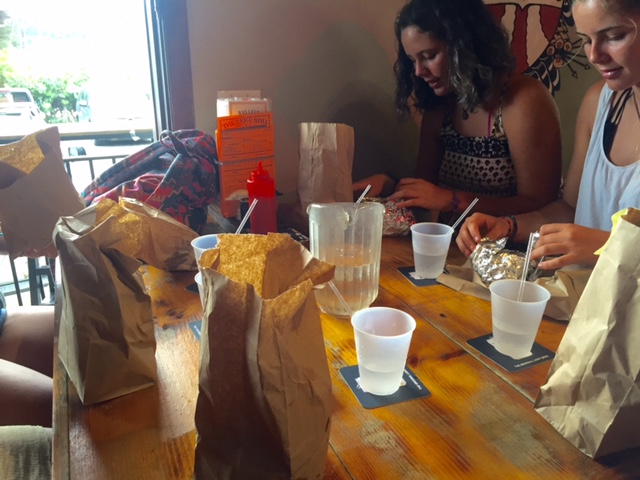 We stopped at the grocery store for some fruit, and Emma really wanted a pumpkin to carve. We decided that in this climate a pumpkin would be such a waste of money because it would go bad quickly, and decided to carve a watermelon instead – since we can eat that right away. At check out, the grocer told us we could pick out a free pumpkin, and Emma was SO excited! 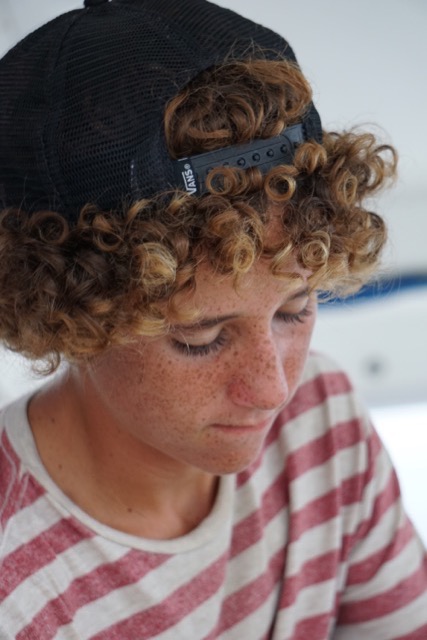 We brought it home and her and Aidan carved it while Mycah carved the watermelon. 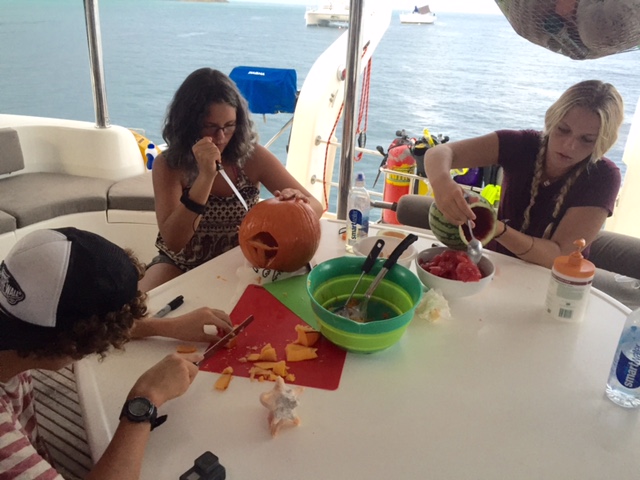 Aidan carved a sailboat into one side, 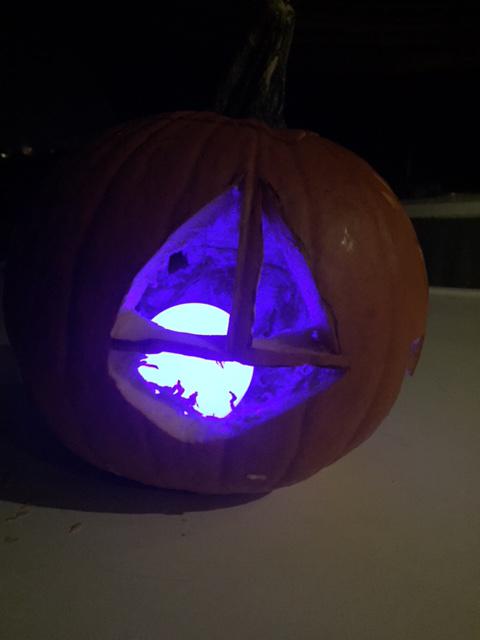 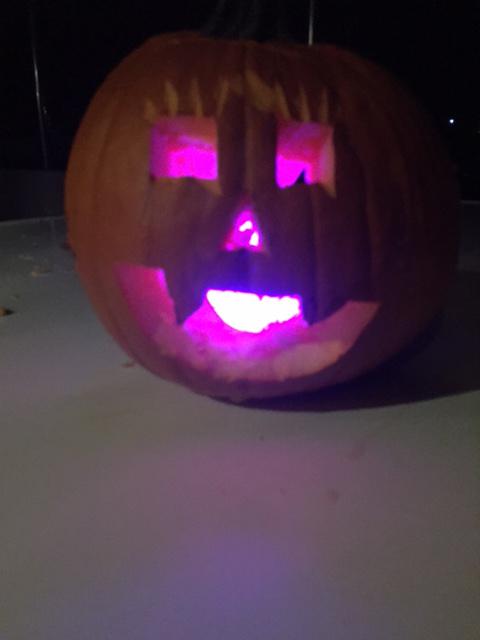 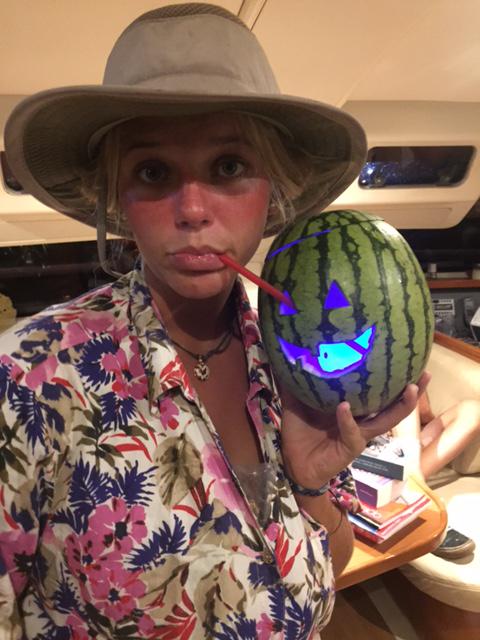 We had asked around if trick or treating was going on in town and were told that that all took place on the previous weekend, so we decided to have our own Halloween party on Tanda Malaika. We did meet a dog all dressed up and ready to party though… 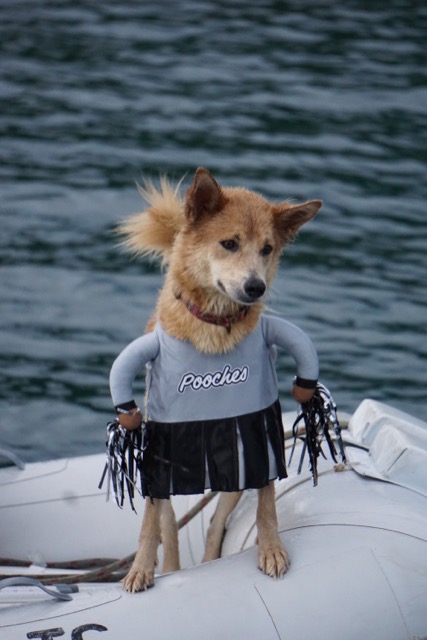 I went into my berth and dressed up like Danny, since the creatures miss him so much, and waited for trick or treaters. The first knock was Aidan the pirate and Jude, the striped ghost. 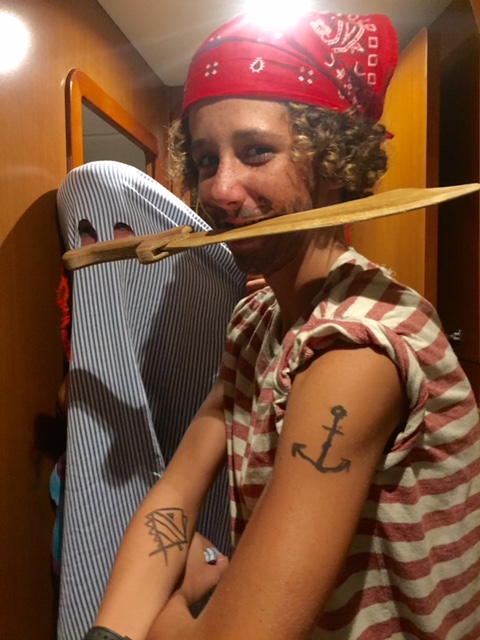 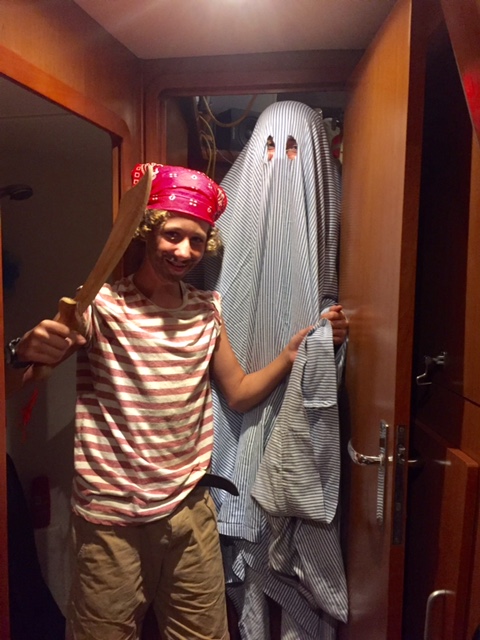 The next knock was Emma the Joker! Scary face!!! 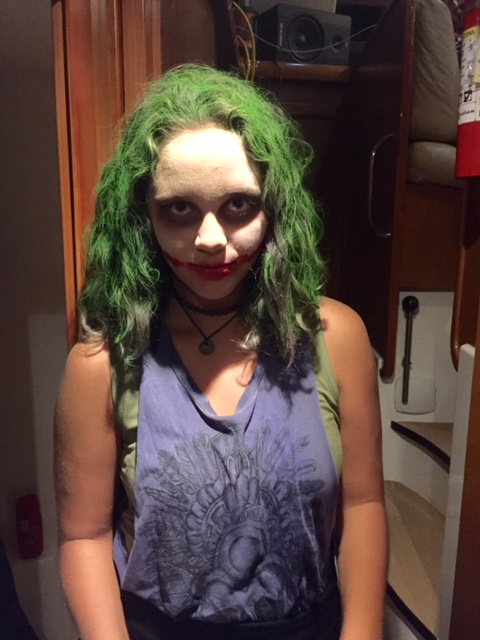 The final trick or treaters were a couple of crazy tourists! 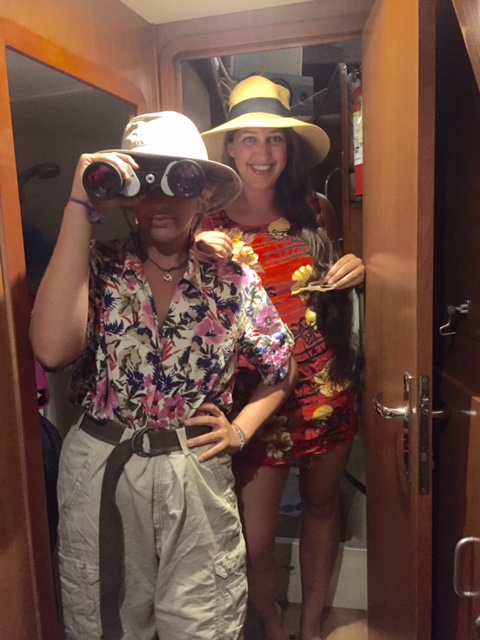 What goof balls. Afterward, just as tradition in our household has it, they reunited in the salon and traded candy until they were each completely satisfied. We had such a fun night together! 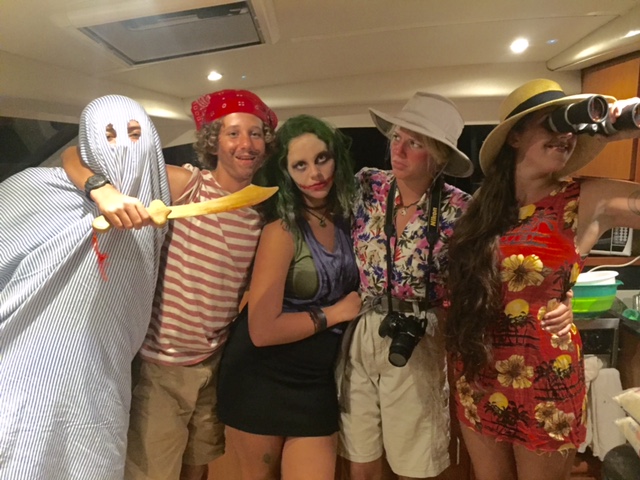 After dropping Kjira off for her cab to the airport in the early morning, we made our over to a quiet little bay called Trunk Bay. We are the only boat here and have two gorgeous beaches to explore. 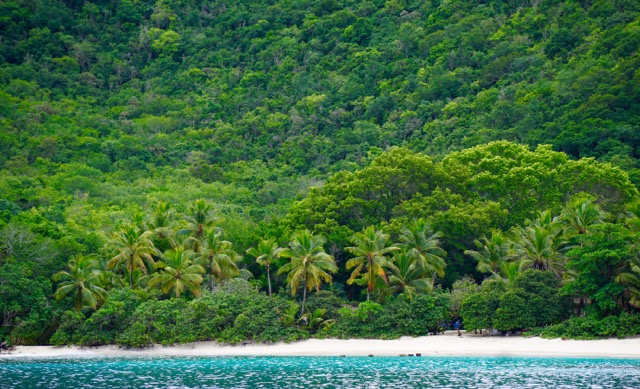 According to the charts, there is a dive site right by a rocky island close by. 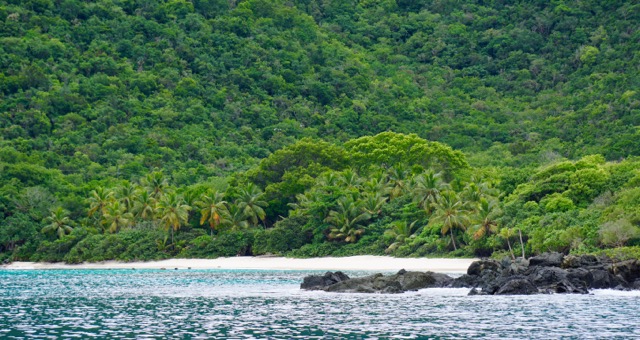 These islands are so lush and beautiful, and the dirt and rock varies so much. 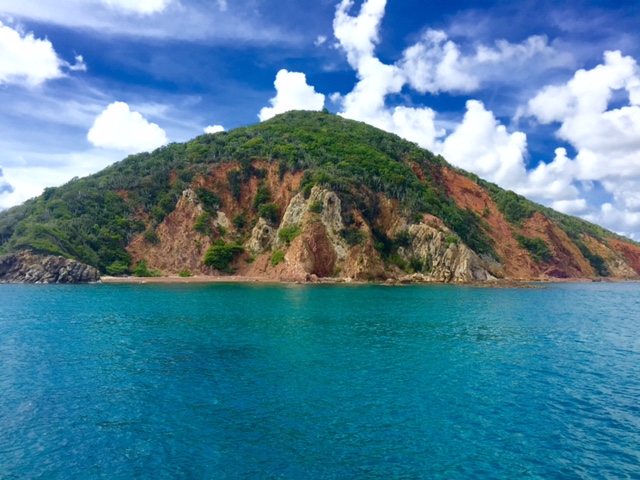 Aside from Halloween parties, all continues on as it should on Tanda Malaika, even though we miss Danny like crazy. We made water today, filling both our huge tanks, and have been scrubbing decks and berths.I also washed my laundry, including bedding. Feeling productive has to be one of the best feelings in the world.

Aidan never ceases to amaze me with the amount of hot sauce he devours. He put it on the outside and inside of his sandwiches, intact I’m sure he’d put it on his ice cream if he had any. 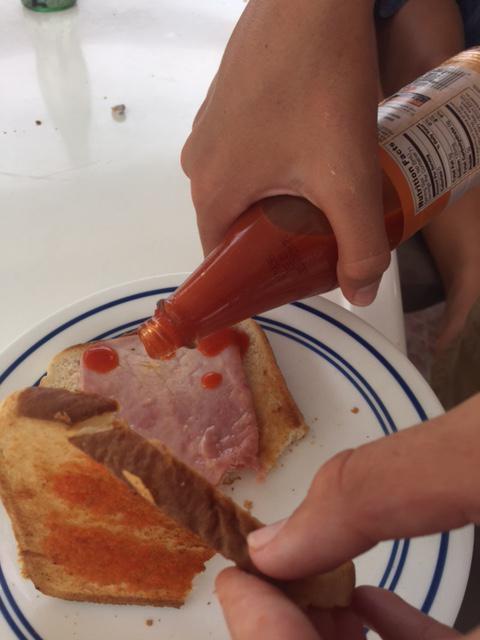 The Wittle Board company that is sponsoring him to ride their new boards all over the world have completed the custom paint job they designed for him. We think it looks awesome with Tanda Malaika on it. 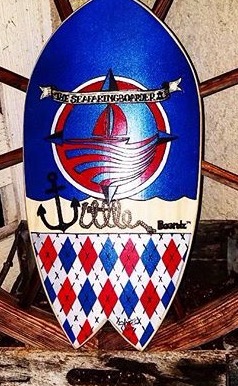 Who knows what tomorrow will bring, but it is guaranteed to be a blast and a half with these creatures by my side. Life is good and i LOVE being a Mom.