The creatures and I checked in with customs and immigration in West End, Tortolla. This is our 12th country in 18 months and our passports are looking quite decorated. These guys are pretty much pro at filling out customs forms at this point.

Once we left West End, we sailed 9nm to Roadtown, which is where the Moorings Charter Hub is. We need a few things for Tanda Malaika and thought this would be a good place to find them since Moorings carries mostly Leopards. On the way we passed a place called Hannah Cay, which was such a pretty little marina. 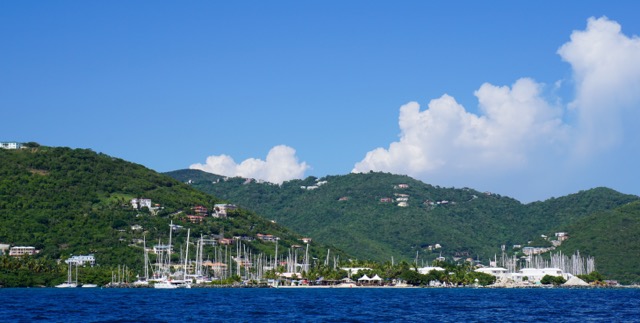 Have I mentioned that we really love being under sail?! 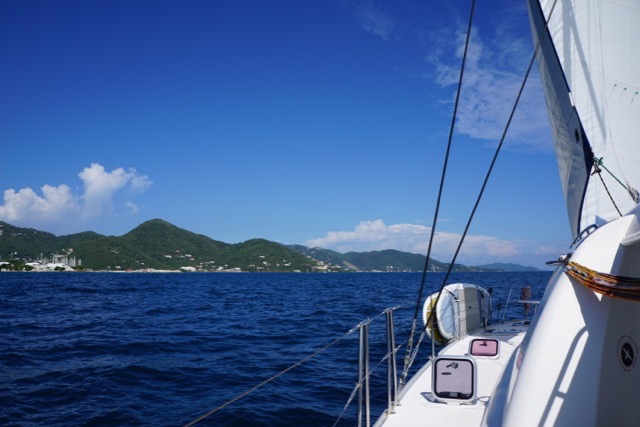 Rather than raising the car up on the davits, we towed it behind since we were going such a short distance. Whenever I look back and see it following faithfully behind, I’m so grateful for a well working vehicle. We really need to come up with a good name for him. 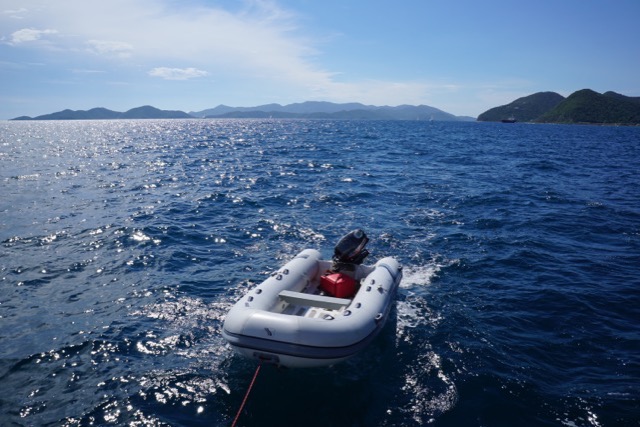 We pulled in to Roadtown and moored just outside the Moorings Marina. We’ve never seen so many Leopard Catamarans in one place at a time! 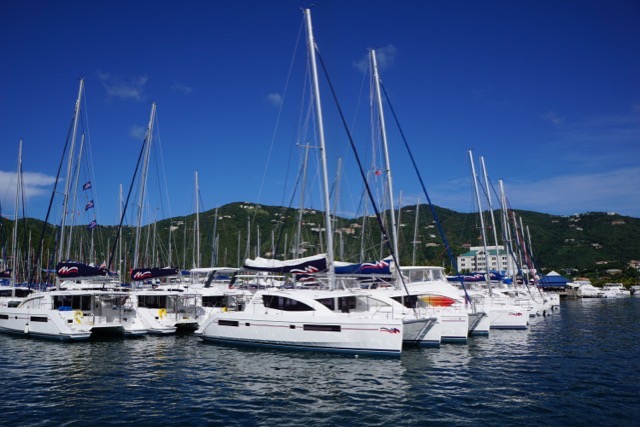 At the service department we were told that they don’t sell parts to private boats, but we could use their rigger if he is interested in helping us out. They did have 2 battens for our sail, which they gave us for free – which was awesome. The riggers, Manual and Bienvenido, came out to Tanda Malaika and removed the jib sheet blocks that needed to be replaced, and showed us where to take them for repair. They should be ready for us to pick up tomorrow.

While we wait for the blocks, we thought we’d get away from all the business and hide away in a beautiful little bay. 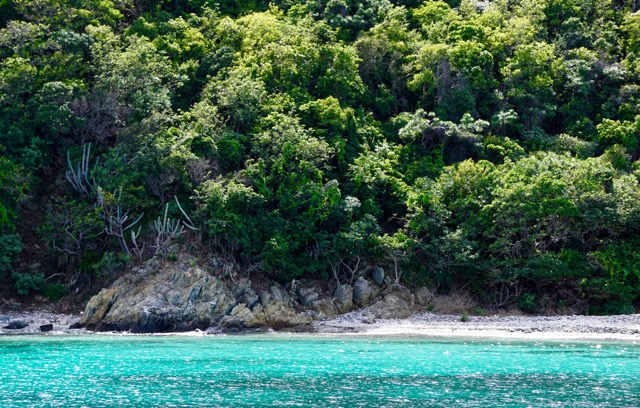 Large rock formations jut out from the dense foliage in places, and some of the beaches are covered in smooth rocks, sea glass and shells. 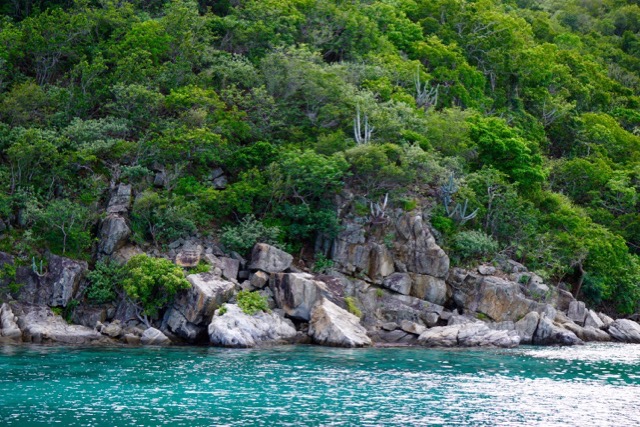 We swam over to this beach and collected all sorts of shells and sea glass. I love the huge spiked plants. They look like they belong in the desert. 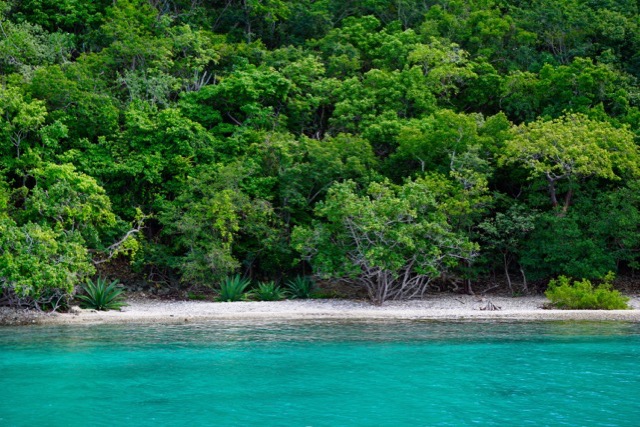 Not a bad back yard! 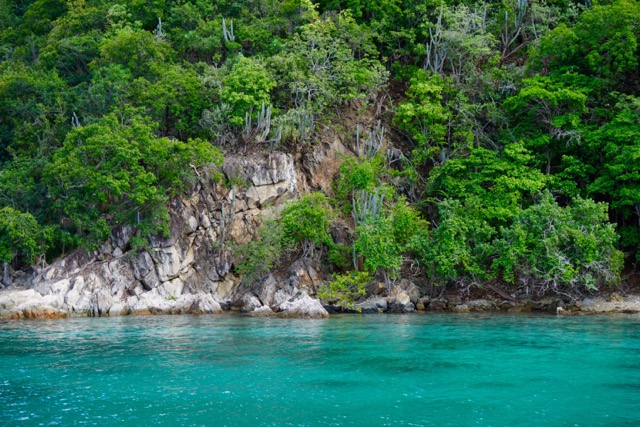 Danny is doing well in Malaysia but we miss him. It is ok for me to admit that when ever he’s gone I wear his t-shirts because I miss him so much?

Mosquitos and no see ums started flying in so we closed up the boat, turned the AC on, and after a game of Settlers of Catan, are watching a movie together. The creatures have ice cream in their bellies and life is good.