On Sunday after attending church, we drove over to an orphanage where 0-13 years old children live. We wanted to see if we could spend some time rocking babies and playing with the little ones. Unfortunately we just happened to pick the day that all the kids had been bused out for an activity, so they weren’t there, but hopefully we will be able to connect again soon. 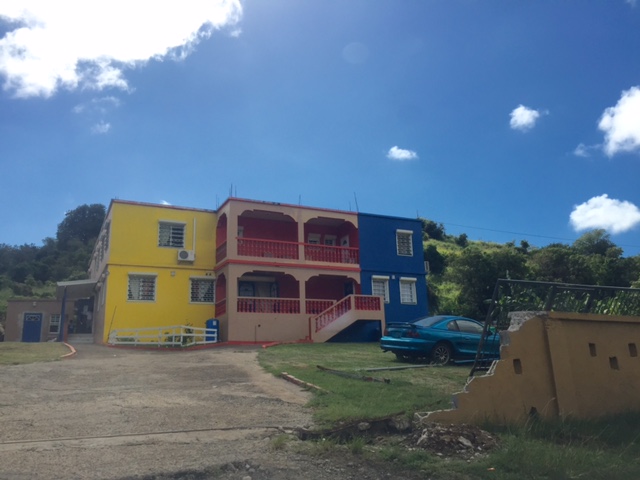 On the way home we passed an overlook with a magnificent view of the Island, and stopped to take some photos.

The remainder of our Sabbath we enjoyed relaxing and spending time together.

Yesterday was spent in great anticipation as we waited for the hours to pass for Danny to arrive. We worked on a few projects on the boat, one of them being washing down the stern salon area. Mycah tried a new look! 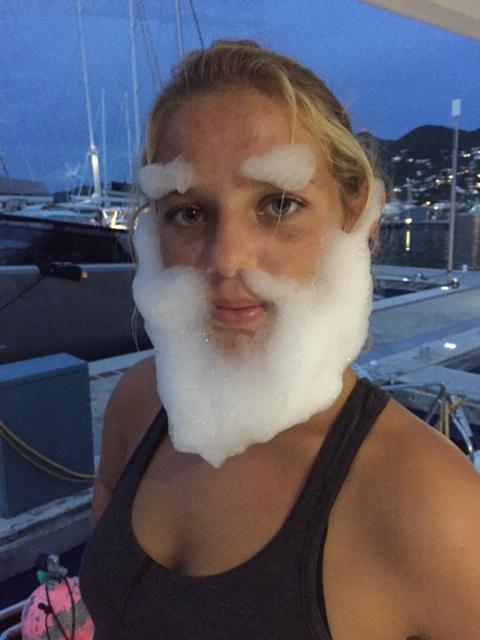 Emma baked Danny a batch of snickerdoodles, knowing it’s one of his favorite cookies.

Danny sent us a picture of the hot dog he ordered before heading out. Pretty impressive.I always worry about him not eating or drinking enough when he’s gone, but I guess I don’t need to! 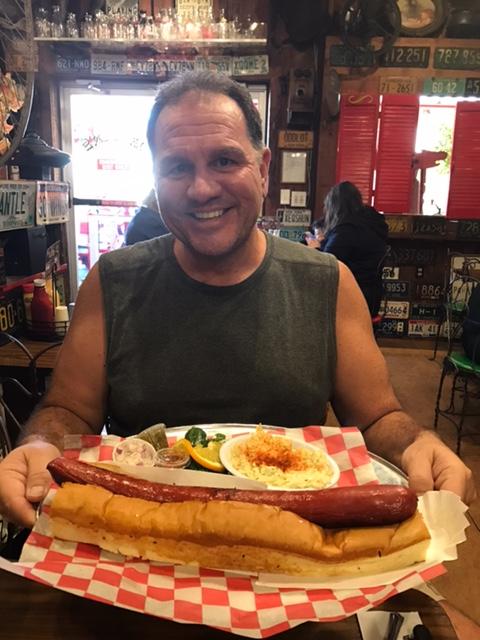 Finally, what seemed like 4 days later, Danny arrived. We are so excited to have him home, it’s just never the same without him. 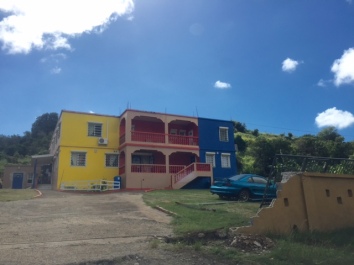 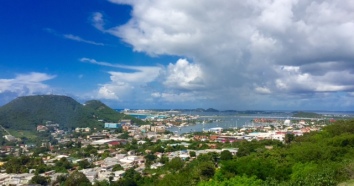 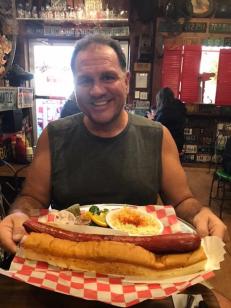 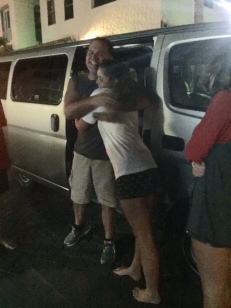