This morning we awoke to sunny skies in our gorgeous surroundings. I just can’t get enough of this place! I grabbed my laundry bag and carried it to the stern and sat in my ‘laundry room’ with the most beautiful view in the world, and happily scrubbed away. An hour later, with clothing hung out to dry, we fired up the port engine and motored the 2.5 miles to Friget Bay.

On the way we watched fishermen pull up lobster traps then reset them and drop them down again.

What a pretty place this is! 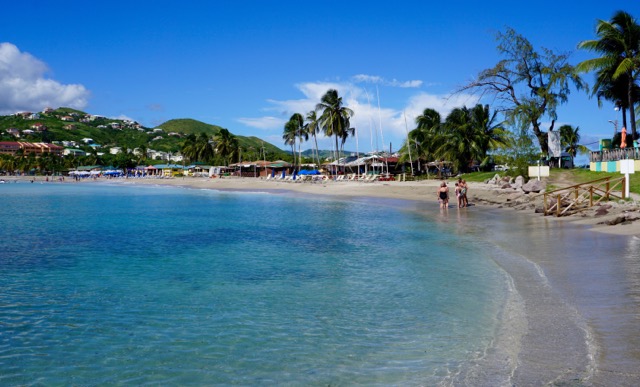 While exploring we saw so many beautiful flowers… 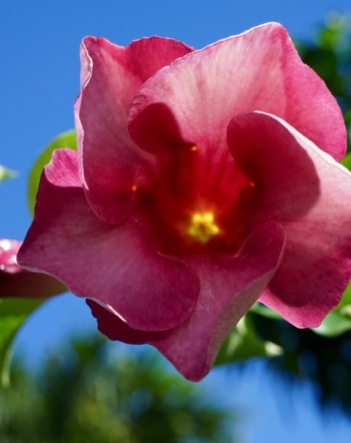 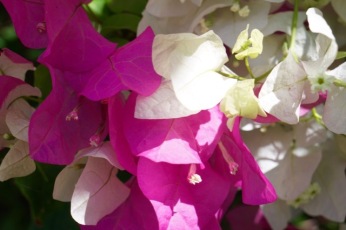 We also met a man with a pet Vervet Monkey. It’s 5 months old and so cute! 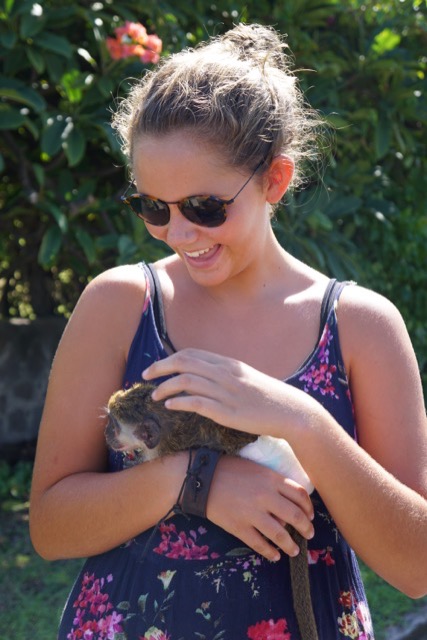 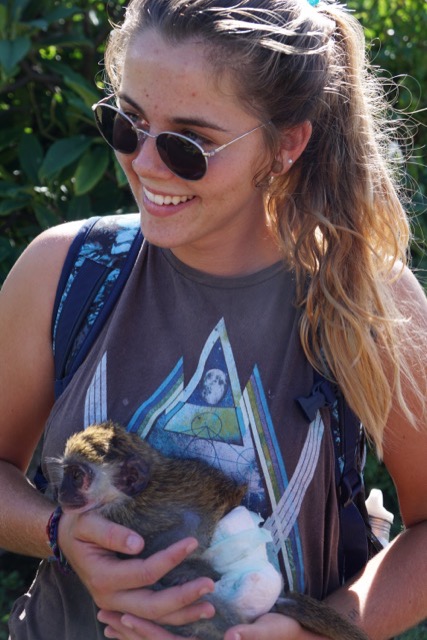 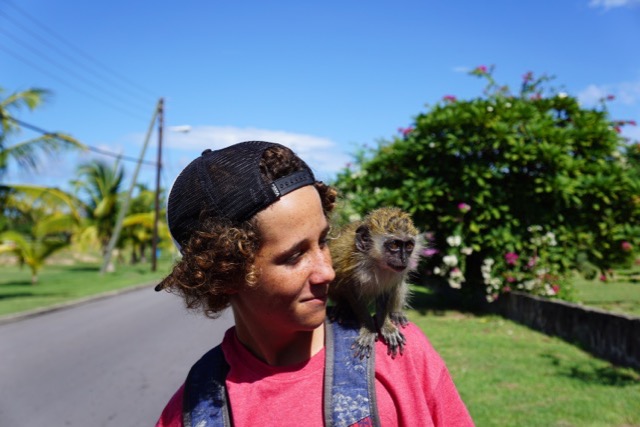 and I think one just like him would make an awesome boat pet! Tanda Malaika would be like a giant playground for him. Maybe while Danny is away……

We went swimming at the Friget Bay beach and were so amazed at the amount of shells there. I have truly never seen so many shells on a beach in my life. In half an hour we found these…

So many that we haven’t seen many of in other places.

You can guess where I’ll be as soon as the sun comes up in the morning!

Tanda Malaika is happy here too. She looks so pretty out in the bay. even though she looks like she’s anchored out far, she’s only in 15ft of water. We could have brought her in a lot closer but there’s less rolling a little farther out. 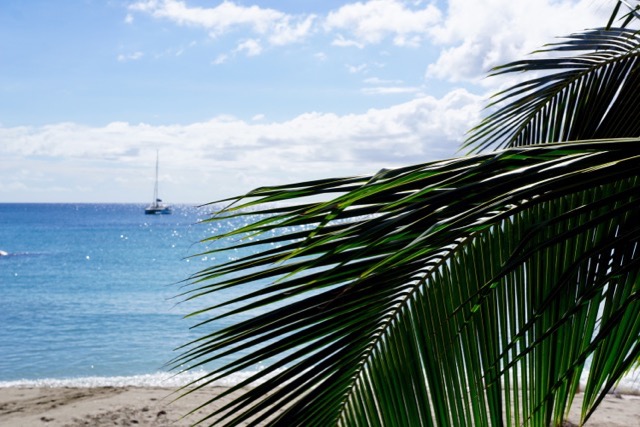 Danny made it to Venezuela safely, delivered the airplane and is currently in the air on one of his return flights. We will see him on Thursday! Tomorrow he’ll be finding a new phone to replace the one that was donated to Poseidon. 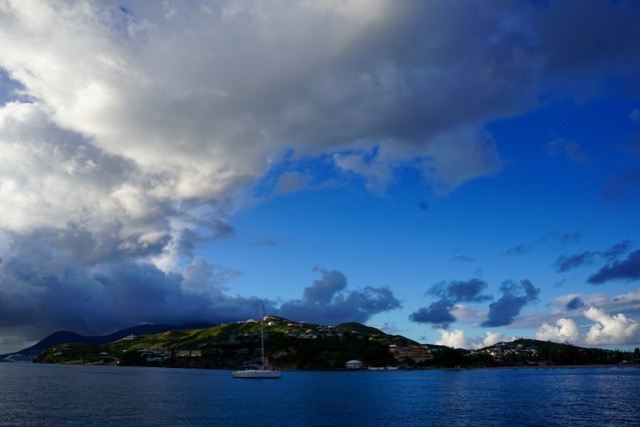 As for now, we’ll enjoy this gorgeous place, keep exploring and collecting shells, and prepare for a pet monkey.

One thought on “Loving St kitts”

I love love this blog, I saw some of my babies and the cute little money and the beautiful shells and it does look like a heavely place. I love you all so much. Love your Mammie and Ouma