The island we’ve been anchored at is the most developed in the las Perlas Archipelago. Many multi million dollar homes sit proudly overlooking the water, and even as tiny as it is, it has an airport and paved roads.

While the creatures were busy on school work, Mycah called out saying she thought she’d just seen 2 shark fins in the water. I ran top side to see, and didn’t see them but noticed a huge bait ball along our port side. It was obviously time to explore! I jumped in with go pro, mask, snorkel and fins, and set out to see what I could see. At first visibility was about 3ft, but I could make out 1000’s of fish in a ball below me. I dove down and swam with them as if I were part of the school. From what I could tell, they were some sort of snapper, each about 8” in length. I dove deeper down and came across a gorgeous grey stingray who was busily making his way along the bottom like a Roomba vacuum. Next in sight was a beautiful reef swarming with life.

Each critter seemed to have an agenda and ignored me as they continued on.

Each time I dove back down I would see so much more life, whether it be a school of juvenile puffers, or skates resting on the bottom. One of the many things I love to do underwater, is place myself in the center of a bait ball and watch the fish swim all around me as if I’m in a cocoon – completely closed in. After being stung by 30 or 40 tiny jelly fish, I considered swimming back to the boat to apply anti itch, but then I saw it…a gorgeous shimmering bait ball. I didn’t even have to debate with myself on whether it would be worth being stung further. I could take it!

I swam in closer, being stung every place my swim suit wasn’t, and immersed myself in the beautiful synchronized magic.

Thousands of tiny eyes watched me and circled around me, little bodies (about 4-5” long) moving in absolute perfect unison everywhere I looked.

This, is what thrills me. No diamond ring, expensive car or fancy wardrobe even comes close…but being in a bait ball! That’s what life’s all about!

I did take some video if it, and when I have good enough wifi I’ll post it to Facebook for all to see.

Danny and the creatures eventually made their way to the beach I climbed up on, and we explored there for a while while he sat and chatted politics with a man from Kenya. 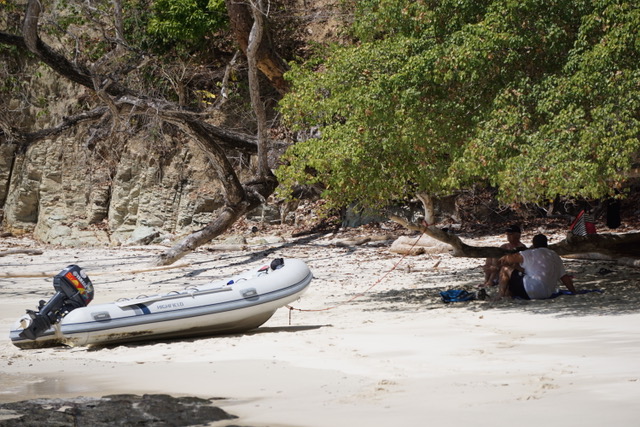 Aside from our new found friend, the beach was deserted, which is just the way we like it.

Such a heavenly place.

I gave the Creatures a geology lesson and we found a starfish fossil to admire.

We enjoyed splashing around and picking. Up shells and beautiful rocks. 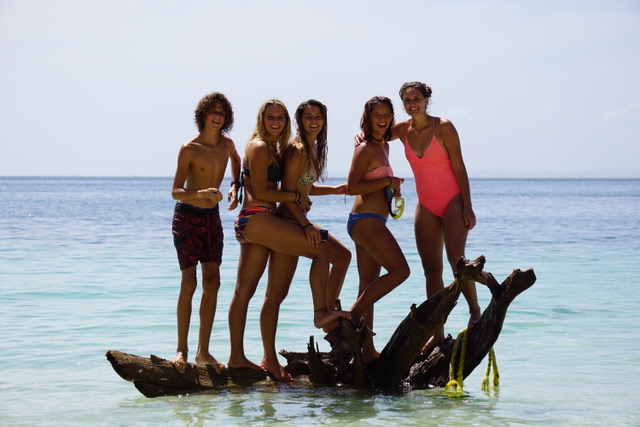 There was even a cave to check out!

After the sun became too intense we pried Danny from his discussions and returned to Tanda Malaika. 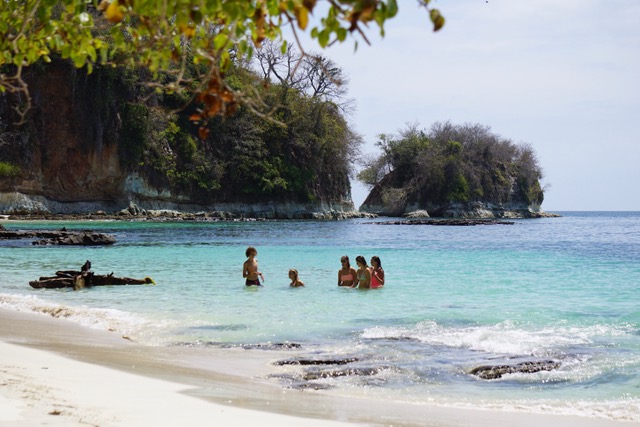 As we boarded, huge flocks of bird swooped in to feast and we watched as they ate and sharks ate from below. 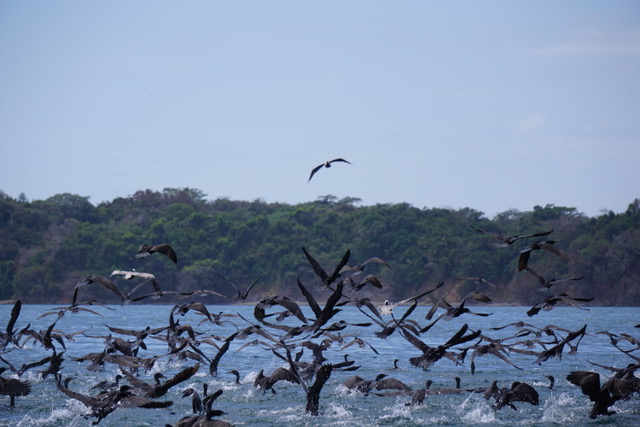 The water became filled with clouds of blood as the sharks feasted.
This place is just amazing. We are constantly surrounded by so much life. We live in such a beautiful world!!!

Loved this and the photos my Darling. I want to be in a bait ball too. But I will probably scream them away.

Im so glad you enjoyed it Mommy. Next time you come be with us I’ll find a bait ball and take you inside with me:)