Exploring Puerto Chino and beyond

Danny has been so funny since we arrived in Galapagos. He calls moths ‘galapamoths’, big waves ‘galapawaves’, sea lions ‘galapaseals’, food is galapafood’ etc etc. He cracks me (and himself) up.
Yesterday morning we waited for the fumigators to arrive to rid this boat from the weevils in the rice…or are they weasels??? They never did show up so we Facetimed with Zailyn (our beautiful granddaughter). She is so beautiful and smiled for us several times. As you can see, she has everyones attention!!!

We then met a couple taxi’s and a guide named Milton at the dock, and set out on an adventure. The taxi’s were bakkies (South African word for pick up truck), so many of the creatures jumped in the back.
San Cristobal is the fifth larges and easternmost island of the Galapagos. It is also known as Chatham, and is where Darwin first went ashore in 1835. The anchorage, Wreck Bay, where we are is the only anchorage for the island, and the town we’ve been exploring is Puerto Baquerizo Moreno, with about 5400 residents.

Our first place to explore was a beautiful 300 m wide caldera named Punta Pitt, at an elevation of 730 m. 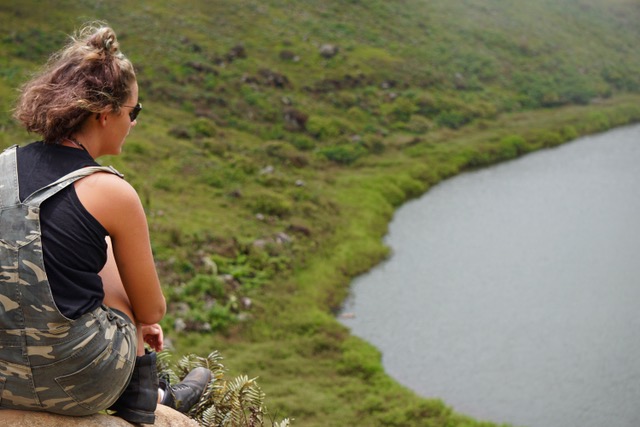 In order to reach the caldera, we hiked up a trail which included a long flight of stairs.

At the top a narrow trail runs around the circumference, so I went on a walkabout with camera in hand to see what I could see.

The view was gorgeous, and for part of it I was surrounded by clouds, but could still see the coastline in the distance.

When the clouds parted I could see the hillsides, which were so beautiful. 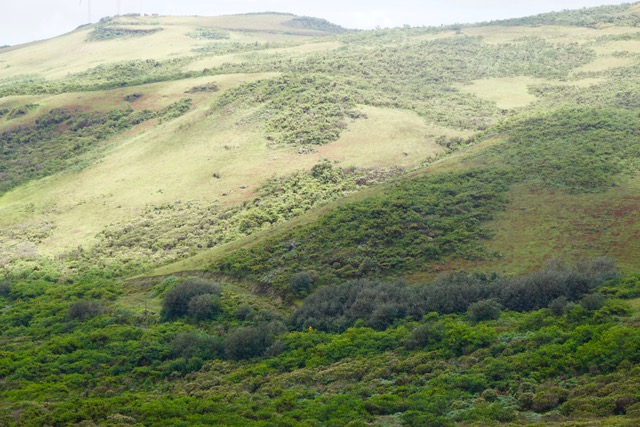 Frigate bird swooped around the lake looking for fish, and this pair found some grub at the same time.

At the far end of the lake I reached point where I could see Leon Dormido and the beautiful bay to its side.

I looked across to the opposite ridge and saw some of the crew hiking as well.

So many beautiful sights to see.

Thirty percent of the plants found in Galapagos are endemic. Beautiful flora covers the landscape in so many shapes and sizes. 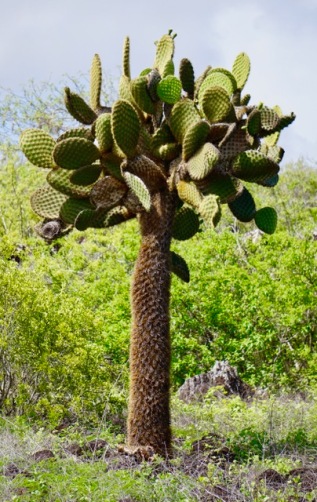 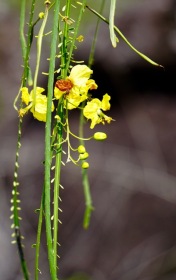 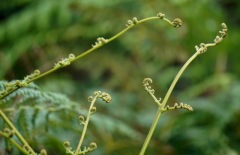 Ferns run thick and full all the way to the waters edge.

I love watching the creatures immerse themselves in nature.

All 8 of them (4 from Zatara) thoroughly enjoyed the sites. 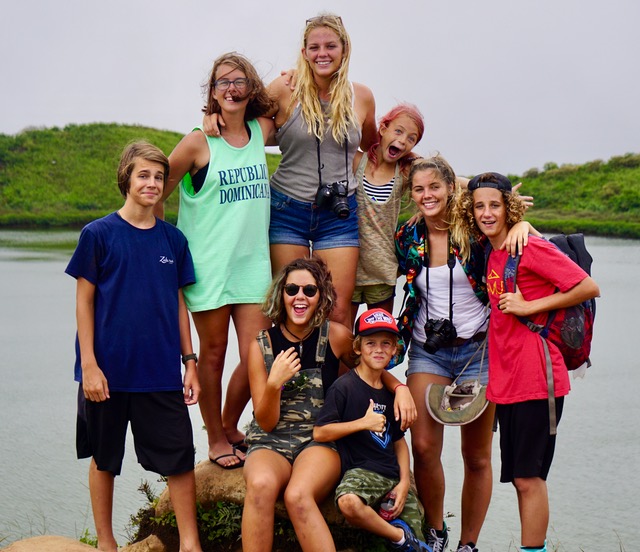 Our next adventure took us to the Galapagos tortoises.

These guys are huge and would make excellent poker players. One can never tell if they are happy or sad, excited or angry – just the same look all the time.

They do look prehistoric though and juvenile eat about 17% of their body weight a day. They are herbivores and consume cacti, grasses, leaves, lichen, berries, melons, citrus, guava and milkweed.

These gentle giants have weighed in over 880lbs and have been measured up to 6.1ft. Age cannot be determined by shell plates or annual growth bands because the outer layers are worn off with time.

In 2003 the National Park established the Galapaguera, which is a man made breeding program and information center. We were able to see several young tortoise there. 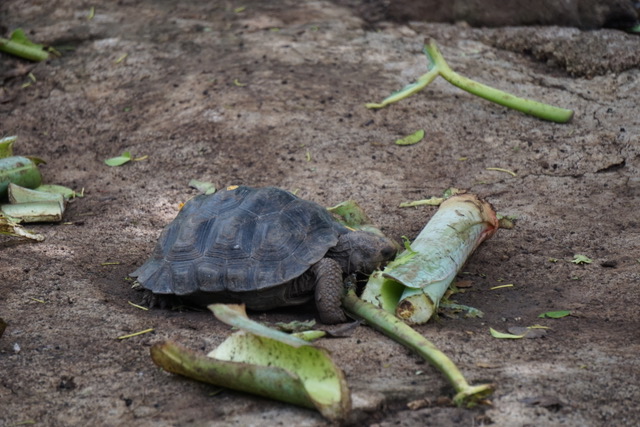 Aidan believes they are his favorite animal and REALLY wants one!
Our next adventure took us to Puerto Chino, a beautiful beach located about 24 km from town.

By the time we reached there we were all hot and sweaty, and enjoyed cooling off in the waves. Finn had to stand and take it all in for a moment… 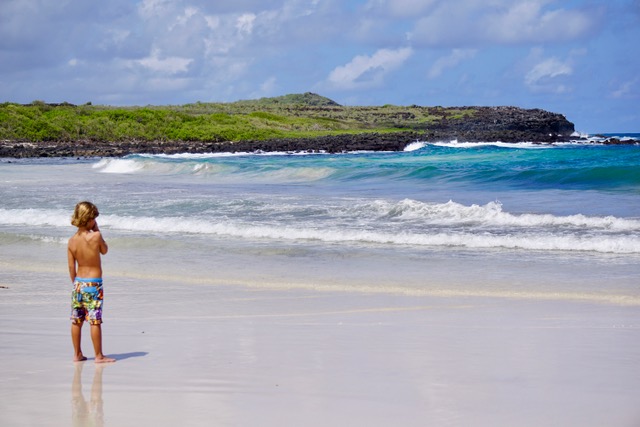 Kate is so excited to have the cast off her arm. 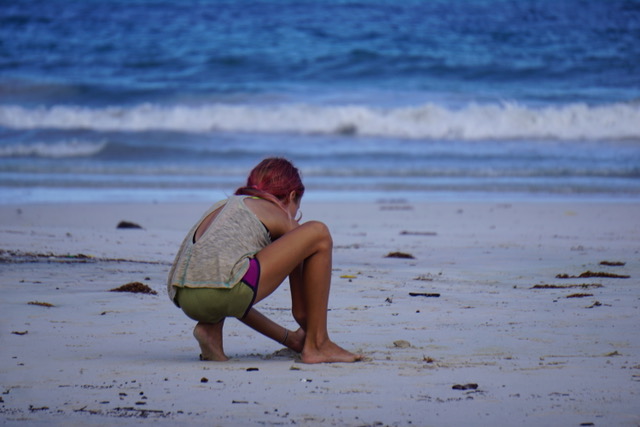 We played in the surf for a while and none of us got stung by jellyfish! That’s a first for a while.

When we got out we were attacked by some very persistent horseflies, and for every one we killed, 6 more came!

The sea lion wasn’t impressed with us interrupting his quiet, and retreated farther up the rocks.

On our way back to town the girls jumped out and picked wild guavas.

They were so delicious. 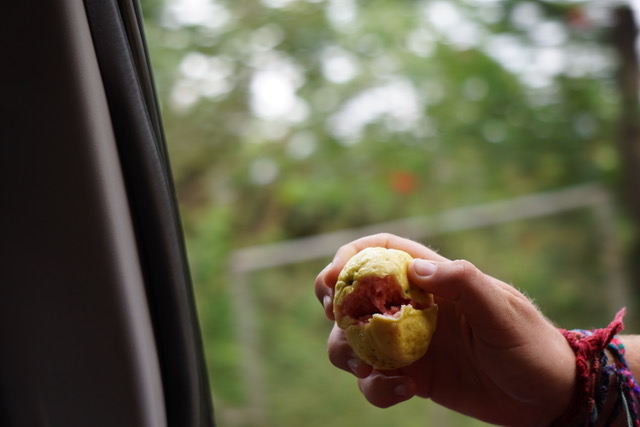 Back in town we grabbed some dinner then strolled around town for a bit.

The sea lions were enjoying the dwindling light, some of them cuddled up and looked so cute! 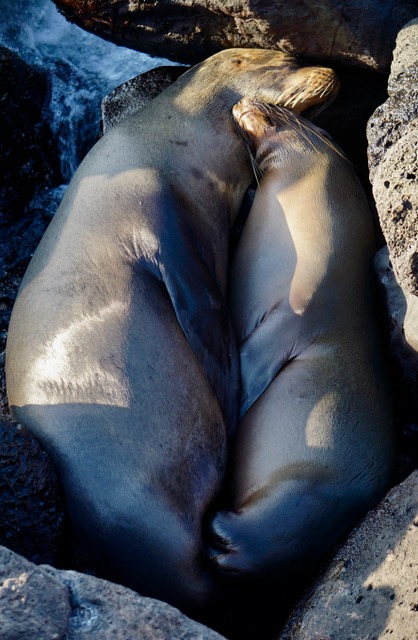 I love their whiskers. 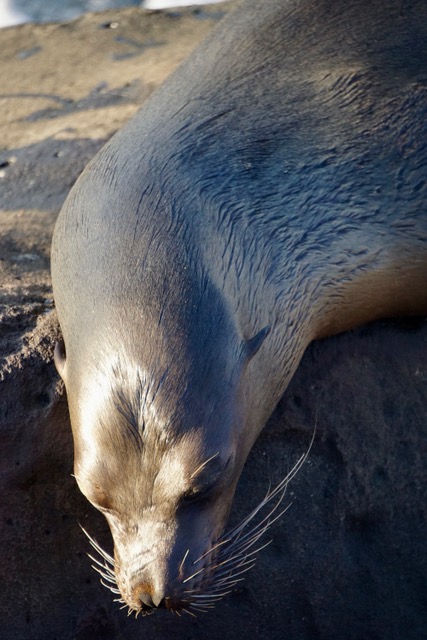 The creatures stood and watched them for a long time, talking in Australian accents and adding commentary to the sea lions actions.

I almost stepped on this serious looking aquatic iguana. 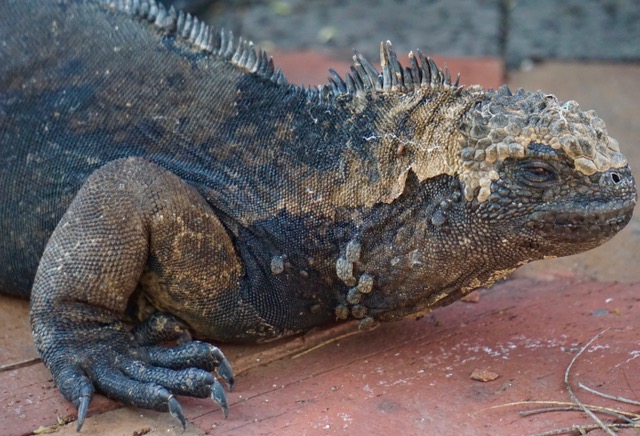 I have a feeling he wouldn’t have responded well. This beautiful pelican posed for me on the rocks. 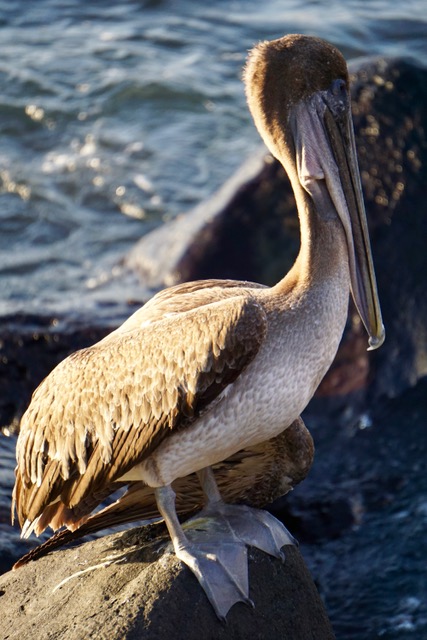 When we walked over to the dock to catch the water taxi back to the boat, a couple of sea lions were lying on the benches. They remind me of dogs in some ways.

The air was finally cooling off as we approached Tanda Malaika, which felt wonderful, so we all jumped in to cool off and enjoy the yellowing light from the water. 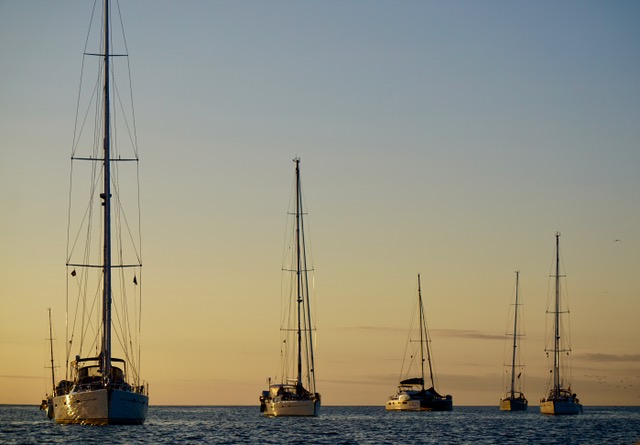 4 thoughts on “Exploring Puerto Chino and beyond”

I so much enjoy your website since I first ran across it. I am OLD and landlocked in the USA but would have loved to be able to give my family the adventure your family is living !! Please keep the great photos and stories coming- you would be surprised how many of us follow you -dreaming of what could have been, but no longer possible… and I love the term ” Creatures ” LOL !!

Thank you Russ. It’s never too late to sail and explore. We see couples our parents age on sailboats all the time. Thank you so much for following along with us.

More unbelievable shots woman! You have such a talent. I can’t wait to hang out with y’all later and galapaswim!!!

Thanks my sweet friend. Galapaswimming will be wonderful!