We’ve been debating whether we wanted to backtrack a little and visit Fatu Hiva, which is where all the boats visit, or sail on to Ua Pou, where hardly anyone stops and is supposed to have the most dramatic scenery of all the Marquesas Islands. Since we aren’t into crowds, we decided to set sail for Ua Pou.On the way we sailed through a couple areas where sea birds were flocking and diving for fish in a feeding frenzy. Kjira caught a tuna, threw it back since it was small compared to others we’d caught in the past, and as she was letting the line back out she caught another. That one was set free too. 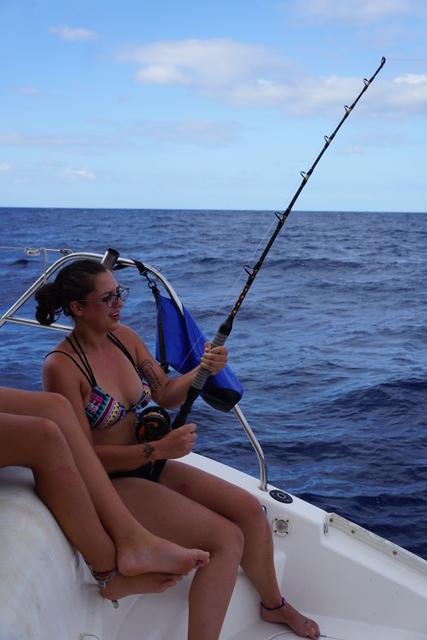 Emma caught one a few minutes later, and we threw it back too. 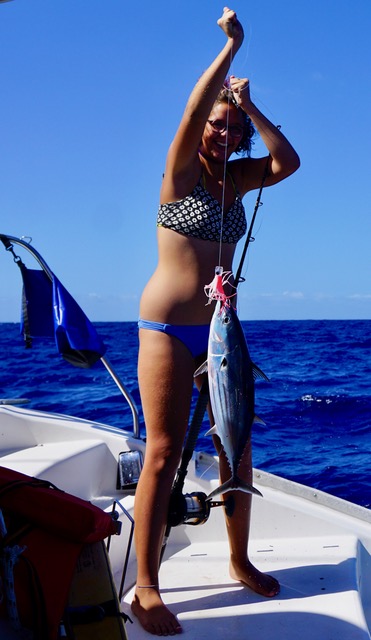 Danny and I commented later how our fishing expectations have changed over the last two years. If we had caught tuna that size two years ago we would have proudly kept it!
By the time Ua Pou stretched across the horizon, the sun was beginning to set but we could see rugged peaks and were excited to explore in the day light. 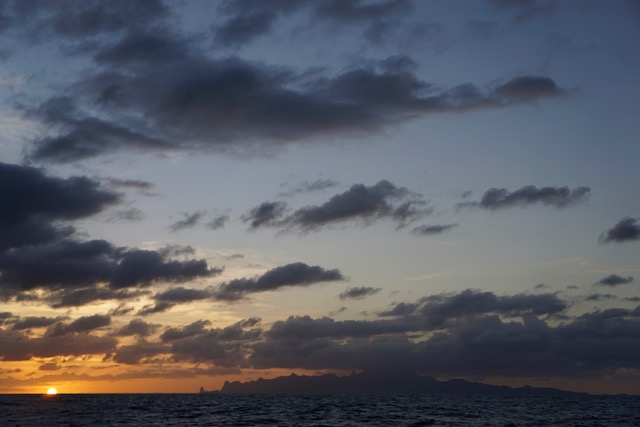 Thankfully our charts were accurate, and in the dark we were able to anchor safely. When we awoke in the morning we found ourselves surrounded by tall rocky cliffs and lush green foliage. 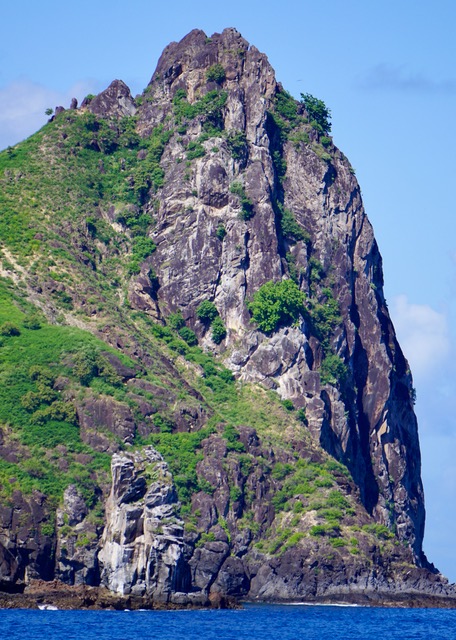 Trees hung tight to the rocky surfaces, and 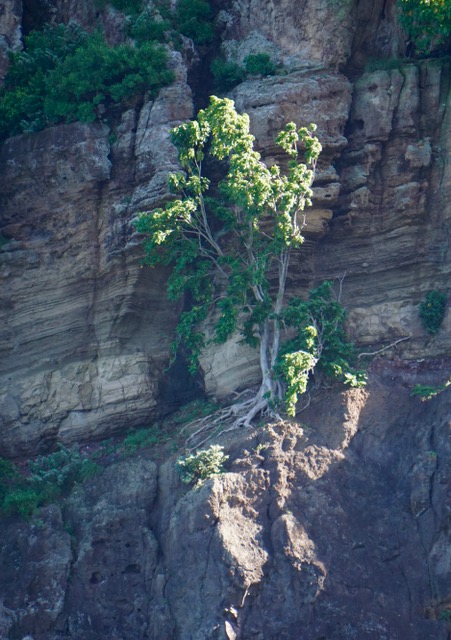 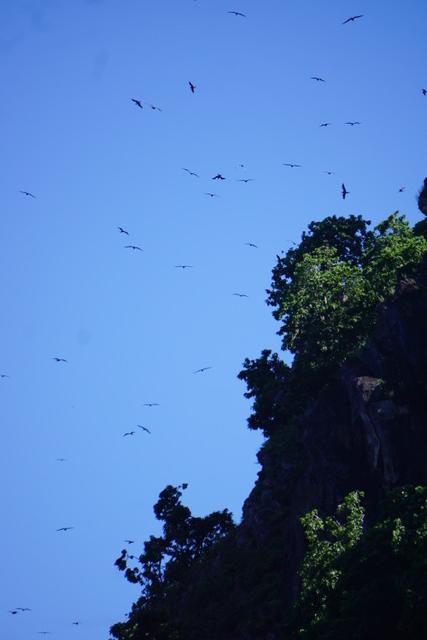 Waves gently splashed up against the rocky shores where small caves and holes worn through rock faces. 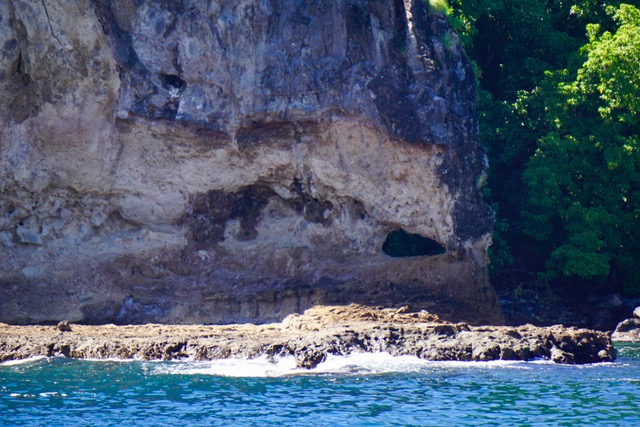 I jumped into the water with mask, fins and snorkel, and found visibility to be poor and large areas of the surface were covered in a greasy film, and when diving down I noticed many feathers and gunk floated through the water column. It wasn’t until I was in about 3ft of water that I could finally make out rocks on the bottom. I decided that swimming at the base of a rookery was probably not ideal, and returned to the boat to shower off.
We motored out to see what we could see, and found ourselves in the most beautiful places. 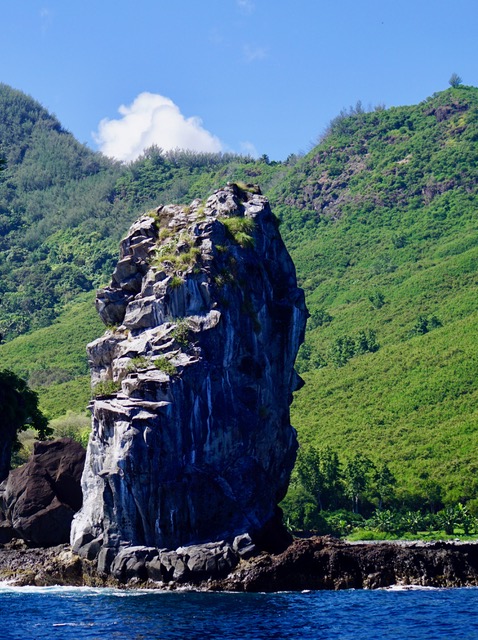 Tall spires reached up into the clouds like castles in the mist. 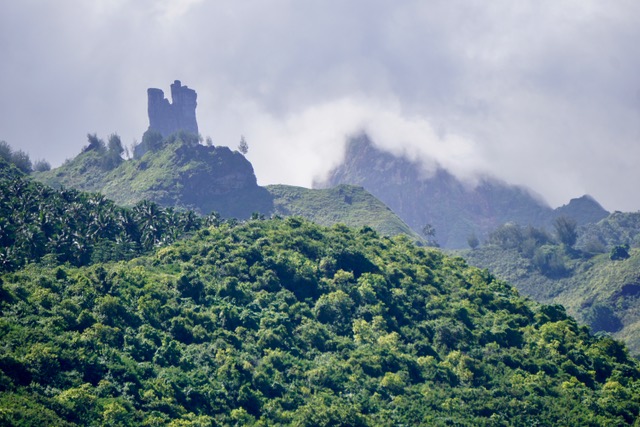 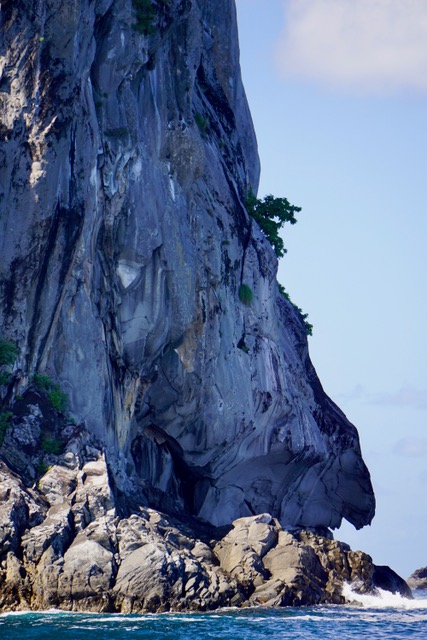 and surrounding mountain sides were covered in coconut palms and other dense trees and brush. 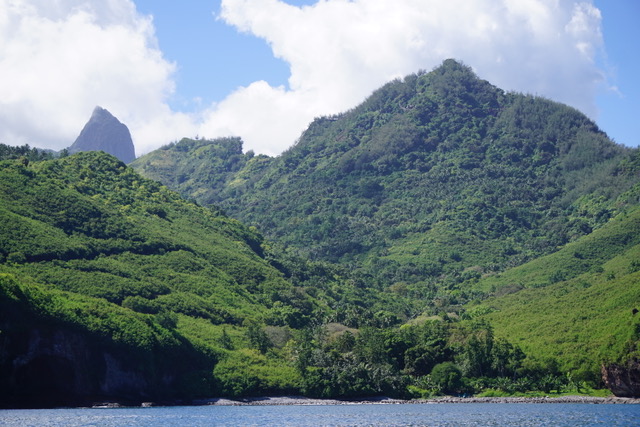 Periodically we’d pass a small village nestled among the trees. 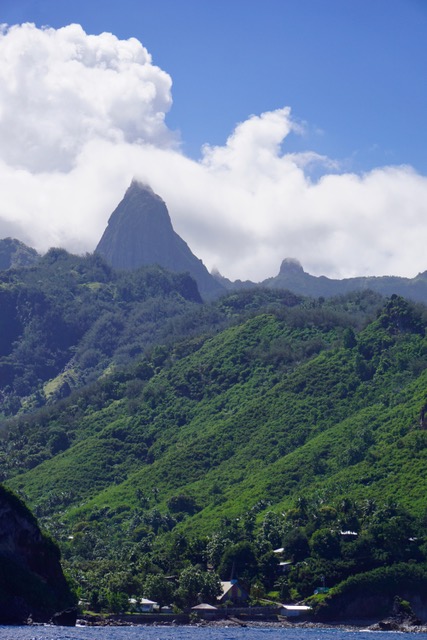 We all watched in awe, taking it all in, speechless by the incredible beauty. 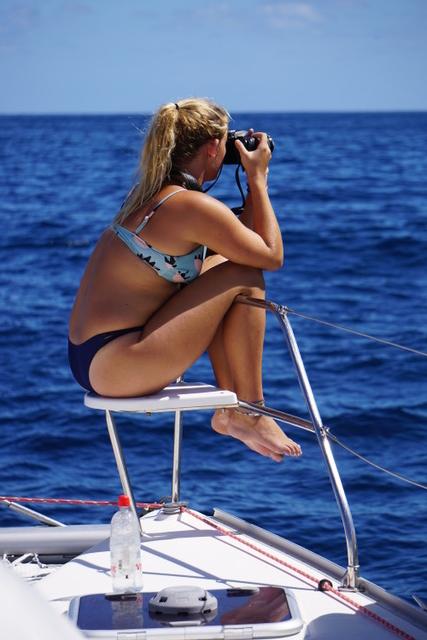 Periodically red bands of rock lay in streaks amid the darker rock, adding to the striking beauty. 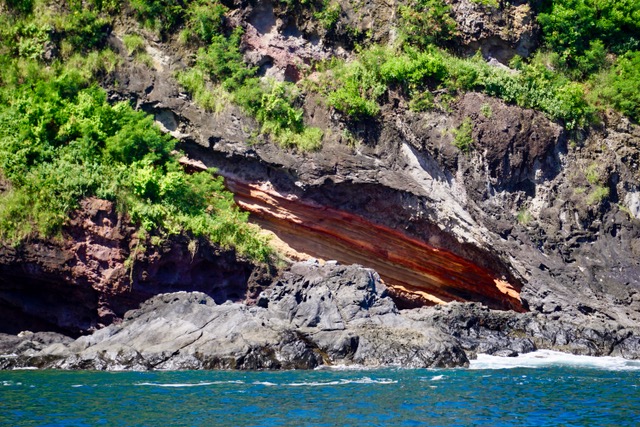 I thought to myself that this must be the most beautiful place on earth. 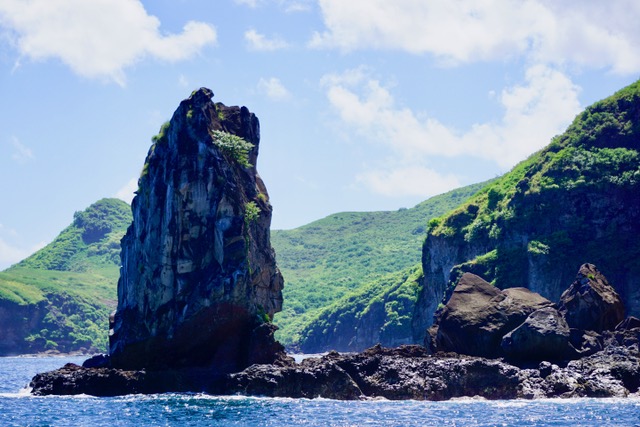 But, as we rounded a rocky point, we came across a scene that was even more dramatic…. 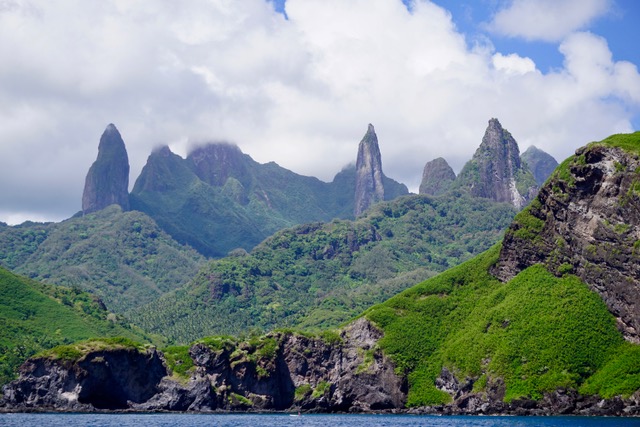 It felt like we were in a movie, perhaps a scene from Lord of the Rings. Notice the canoe in the water below to try imagine just how high these solid spires tower over us. It’s incredible!
The bay we reached is Hakatou Bay, where a small village sits at the foot of this intense scene. 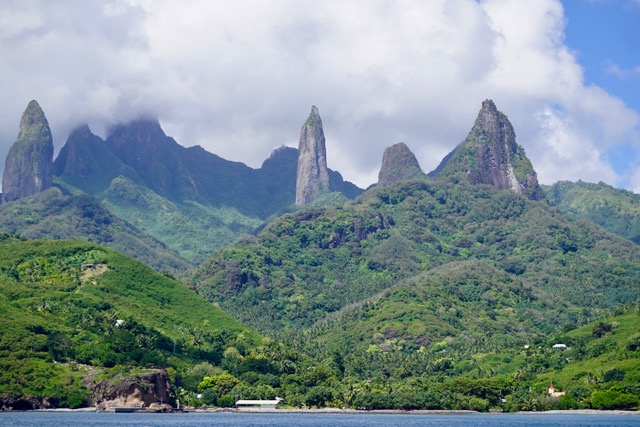 We are so grateful to be here, witnessing this beauty. We live in an incredibly beautiful world and are excited to venture in to the village and meet the locals.