Yesterday we spent a bunch of time with a realtor and viewed 6 homes in Sanur. The homes here are divided into two categories – open plan and closed plan. Our realtor showed us a closed plan home first, which is not the traditional Balinese style. Homes that are closed plan are like homes in the US where all living areas are inside and closed in. We found the home to be a bit on the dark side. The open plan homes have open living spaces with kitchens and ‘living rooms’ outside. Many of them that we looked at had pools and surrounding the pools were three separate buildings – two of them containing two bedrooms and bathrooms each, then the third building would essentially have three sides and open to the pool area which is in the center. The three sided building would be the kitchen and an open area where benches can be placed for a gathering place. They are all so beautiful. We will be looking at some homes in other areas as well. We explored the beach front in Sanur, and were amazed at the amount of scooters and motor bikes parked along the road.

Various people sold items along the walkways, some by walking around carrying them to show like this man with knives,

some carried heavy containers of hot food to sell,

and some areas were lined with small store fronts.

We love street food, and the creatures saw something that intrigued them and decided to try it.

The food they tried looked like egg rolls but we think it may have been filled with tofu. The gentleman held the ‘rolls’ with tongs then cut them with a scissors, placed the pieces into a paper container, and smothered it with a combination of spices in a sauce. A long tooth pick type stick was provided as a utensil. The creatures said it was absolutely delicious. I listened to them talk and heard Jude saying, “ I’ve lived for 19 years eating all sorts of new things, and these flavors are so completely new to me. It’s so delicious!” I love watching them experience new things. 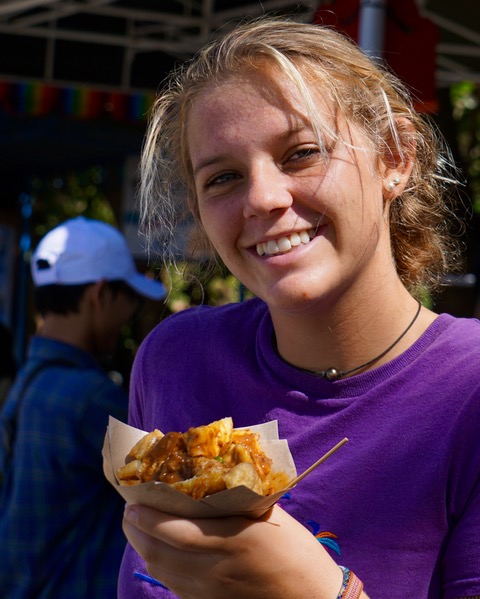 Several fishermen stood out in the water, 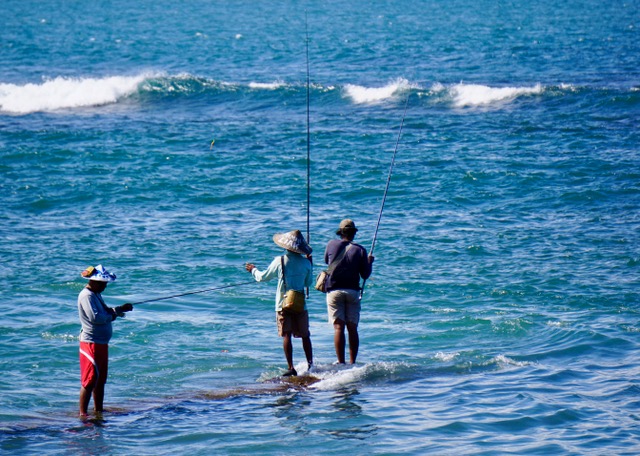 and some interesting little boats were anchored a short ways off shore. 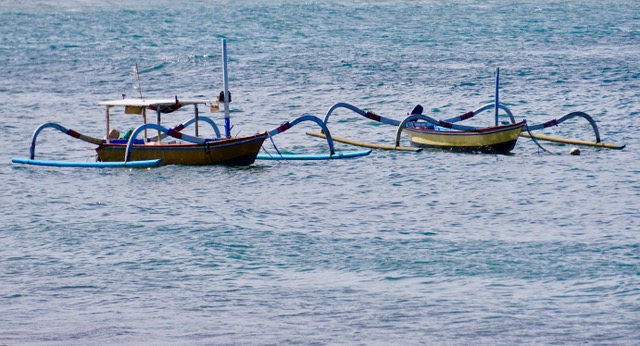 Today we met my cousin, Anthony, and his wonderful family once again, and checked out a beach close to their hotel. We were welcomed by a cute little squirrel which was a fun treat since we haven’t seen a squirrel in years!

The beach was busy, and several locals had surf boards ready to rent out. 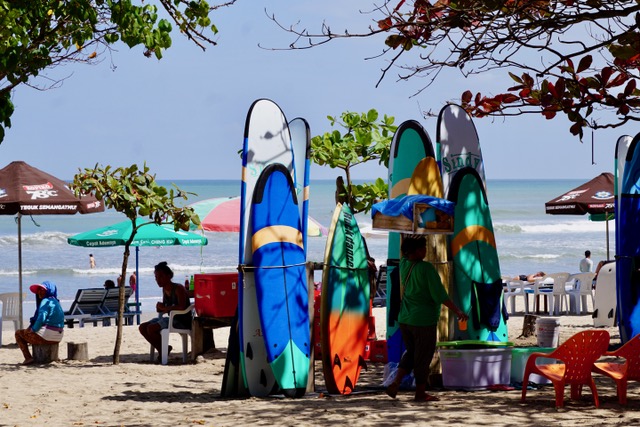 Many surfers were in the water, 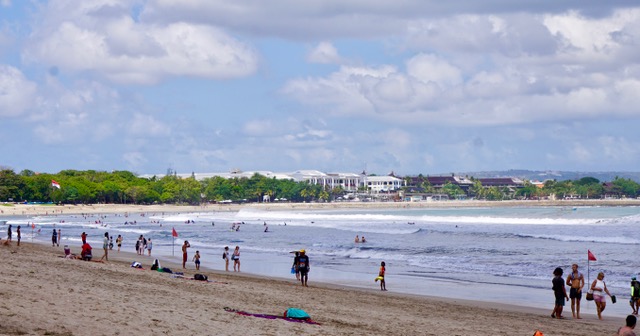 and vendors constantly approached us selling clothing, sarongs, jewelry, food, puppets, and every other imaginable thing. 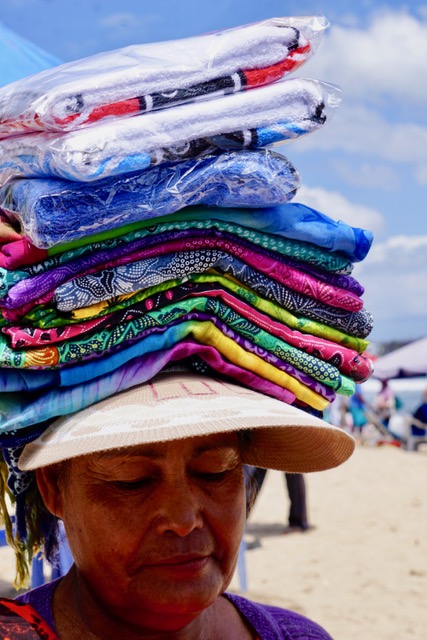 We met some beautiful people who I would love to spend days with, listening to their life experiences.

All the kids enjoyed watching the koi fish,

and some braved poking their fingers into the water to feel them latch on.

Tomorrow is the last day we have to spend with my cousin before they head back to Australia, so we are going to join them at a park with African animals, marine animals and some water slides.

We got word that after all this time, Tanda Malaika’s mast finally fell, which broke our hearts to hear. It fell because all the rest of her rigging was stolen and without shrouds, the mast is compromised. The fact that she is still sitting there holding tight, is quite a testament to the strength and durability of Leopard catamarans built in that year. She hasn’t been taken off the reef yet because some of the people on Huahine were considering dragging her onto land and using her as a house. We’d rather pay $25 000 to have her taken off the reef and taken to be used as a home for someone than pay
$25 000 plus $5000 and hour to be towed out and sunk. It is difficult to move on mentally and emotionally when we are still needing to deal with that, but we realize its necessary. Hopefully we will be able to close that chapter soon.

Thank you for keeping up your blog….we anxiously look forward to reading it every morning! Hope this will be a best selling book, or even a movie!!

Such an adventure. I’ve been following this blog since the grounding, and it is gripping. Great to see the kids are so curious–this is the best education they can ever get.

Thank you Catherine,
We love that you join us in Spirit. It’s an amazing education for all of us!