Each hour has been busy and each day has been full. We find ourselves so busy and relish the times when we relax by the pool with nothing but chilling to accomplish. How does that happen? We haven’t wasted time, and have been wise and efficient in our choices – yet at the end of the day there are still unchecked items on my to do list. Becoming a full time sailor gave us more time at home, for sure, even if it was working on projects together at home on the sea – the important part being that we were together. Now, Danny has been gone for almost a month and has signed up for another month at the BBJ owner’s request, and the kids and I find ourselves busy in Bali!
It’s not easy babysitting a monkey! Meet Hanna. She’s a bundle of energy filled with curiosity, mischief, orneriness, and all that monkey sort of stuff! She insisted on pruning me…I think she recognizes the African in me – we are kindred spirits. She wanted to climb everything, ride Aidan’s skateboard,

drink the pool water, take Emma’s glasses, and cuddle up to Jude (who is afraid of monkey’s).

When reprimanding her she gave me the stink eye, and looked at me as if I were the inferior species, then immediately made kissing sounds with her lips to apologize and groom me once again. 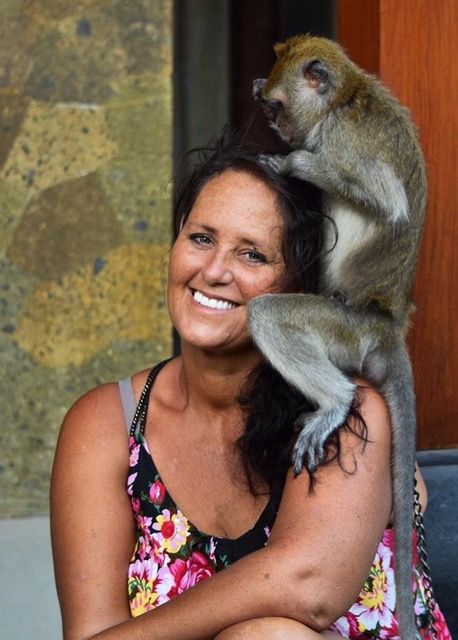 Any locals we meet that are in their early twenties or younger, call me Mom. We have adopted a sweet 22 year old named Widhi, who loves to hang out with us. With Google translate, we can have long conversations. She Whatsapp’d me a few nights ago saying she wants to introduce us to a Balinese dish called ‘Tipat Santok.’ She said her friend makes it to sell and she’d like to bring us some. Tofu is dipped into egg and then a tempera powder of some sort, then fried and mixed with spices, peanuts and bean sprouts.

The salad that came with it consisted of sliced pineapple, jicama and green mango, which you dip into a sweet and spicy sauce. It was all delicious.

Stanley, our sweet ‘foster’ dog, is as sweet as ever. She comes and hangs out with us a lot now. Several mornings I’ve walked into the dining area where Emma is working on her school work, and Stanley is laying at her feet under the table. 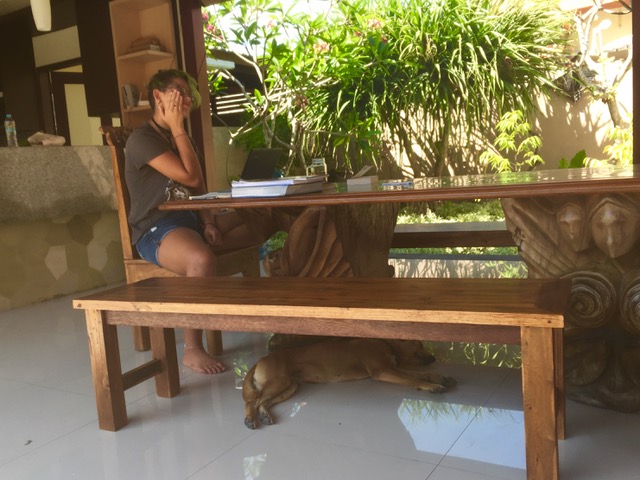 She is so skinny! I’ve given her a couple doses of deworming medication and I realize it’ll take time to put meat on her bones, but I long to see her fat and healthy. 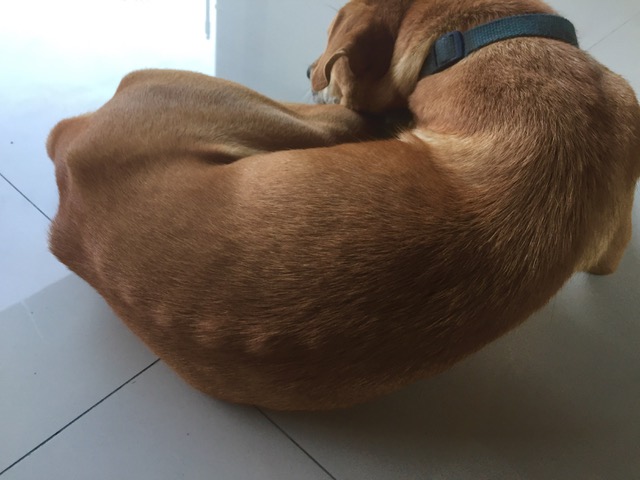 We gave her her first shampoo this morning. Emma picked her up and brought her over to me where I had the hose running, and she never tried running or snapping, but stood there as we shampoo her coat, then dried her off with a towel. What a wonderfully natured pup! She wags her tail a lot when she greets us, and responds to her name.

For those who know me well, you know that I’m not much of a shopper. If I need something I’m a woman on a mission – get in and get out. Mycah needed a pair of jeans, so today her and I jumped on the scooter and rode over to find some for her. It was painful. 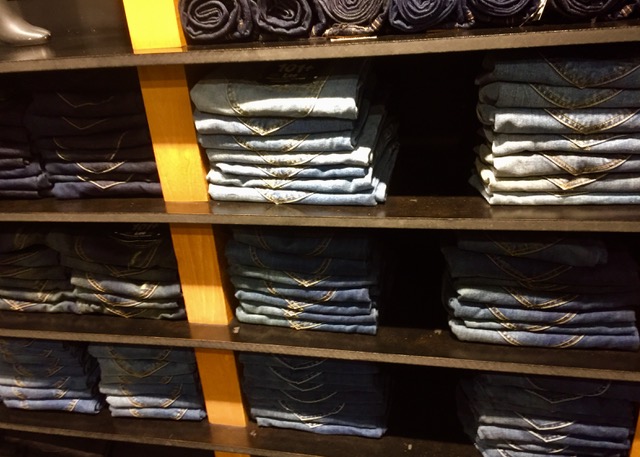 Of the 300 pairs she tried on, all but 2 reached below her calf muscle in length. We’d walk into a store and the Balinese people working were so friendly and sweet, and would look down at her feet then start to glance up, up , up, all the way to her waist – which is about 4” above their heads, and nervously smile knowing they had nothing to fit legs THAT long, but were going to try anyway! They brought out XXXL inseam pants from the very top shelf that’s never approached since giants no longer walk the earth, and they’d still be too short. She eventually tried on mens jeans that sort of worked, and finally after we’d both broken out into a cold sweat, she found some at the ‘Lee’ store.

The cool air that moved over our drenched, exhausted bodies on the scooter ride home, felt so good!

There has been lots of talk concerning volcanic eruptions, earthquakes and tsunami’s, here in Bali. The creatures and I had a family council meeting and looked at a map together.

Mount Agung, which is the worrisome volcano, is in the Karangasem region in the North East. We are clear down close to where it says Denpasar, in the South. Our plan is that if we are exploring and the volcano erupts, we’ll head for the beach. If there’s a tsunami, we’ll head for the volcano. If both happen at the same time, we’ll head to the center somewhere around the BALI text. If we have no cell service and can’t come home and get separated we’ll meet at the monkey forest and wait for Danny to show up in a stolen helicopter. When I asked Danny his advice on what to do if a tsunami hit and a volcano erupted simultaneously, he said…”go sideways!” (Let’s hope he flies better than he gives advice.)

It’s been so hard for us to sit here, knowing that so many people we care about are in hurricane damaged areas and we aren’t there to help them. It makes us want to hot wire a big Coast Guard boat from around here and head out to help…not that we would EVER think about really doing that…

Our son, Jordan, who lives in Florida with his mom, will be arriving tomorrow, and we are so excited to see him! I have a feeling he’s going to love the chaotic scooter rides!