We have been aware of several evacuation camps around Bali, for those fleeing Mt Agung (which is still grumbling and acting like it’ll blow any second). It’s been interesting to witness this situation unravel, and the needs that have come about from it. Some camps have requested help cleaning up garbage that is piling up around the camps, but we have chosen to help in other areas. Tons of food, clothing, sleeping mats, hygiene products etc. have been donated and is completely unorganized in a nearby camp, so the creatures and I set out to help with the organization efforts.

We were asked to organize it all, get some palettes and place all the rice on them, and pull out all expired foods so they can be used first.

The trick was to move things around to make room to start organizing, but we did, swept out the areas we were working in, and got busy. 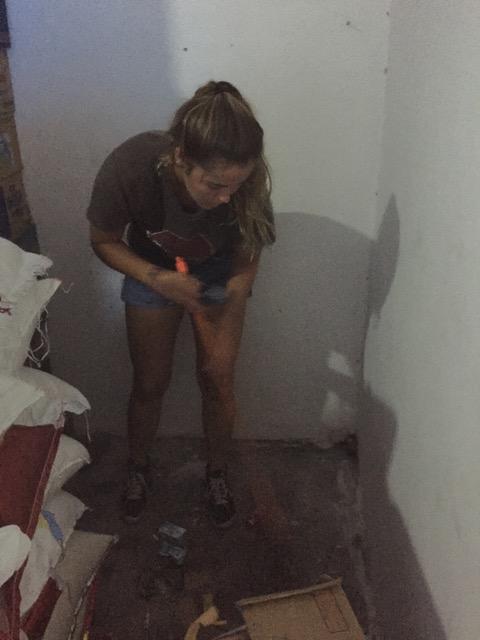 Lack of airflow and intense heat caused some serious sweating, but we slowly made good progress.

Everyone worked so hard! 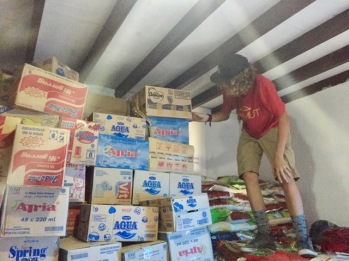 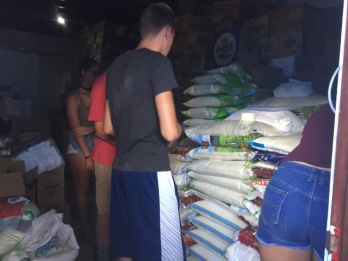 At first, the evacuees were unsure of us – some giving us the evil eye, but as soon as they understood that we were there to help and not take their food, they were welcoming. I saw several older women with tumors the size of large grapefruit on their necks, and when asking about it, I was told that many women have them due to lack of good nutrition.

Back at home, we decided to have some relaxation time, and took the scooters to the beach about 5 minutes away. En route, we saw a couple kids riding their bikes with huge kites in hand. The balinese really love their kites.

Aidan and Nico took relaxing to the next level.

It was fun to lay around and take a dip in the ocean. 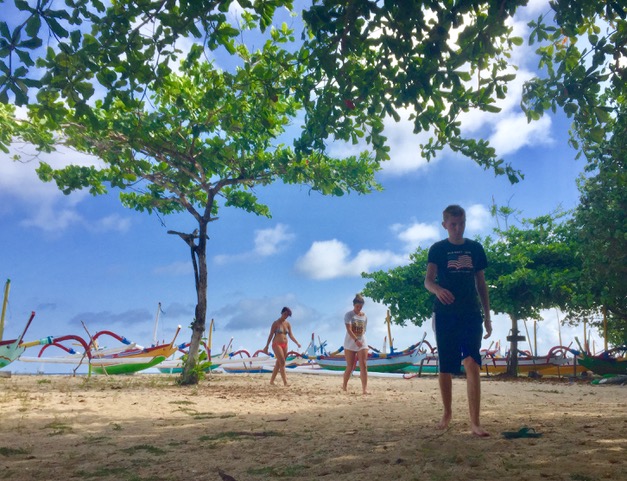 Being there made us realize that we hadn’t taken Jordan surfing yet – something he had wanted to try out, so the following day we rode to Kuta and had a blast!

Everyone did a good job and put a lot of effort into it.

Emma pretty much caught every wave she attempted. 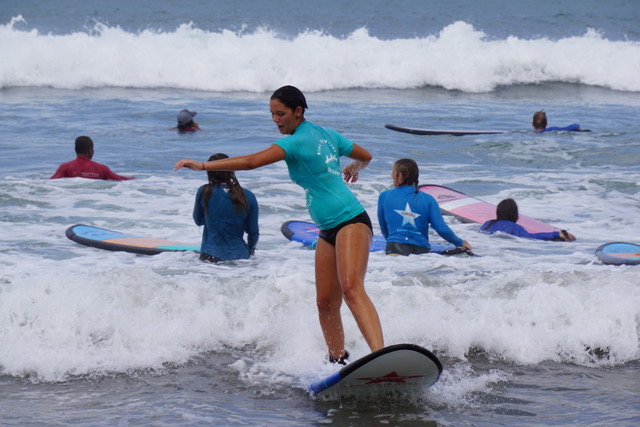 We have some surfing champions in the making! 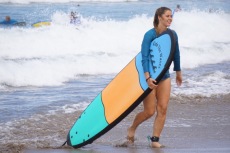 Though I never wish my kids to fail, it is so hilarious to watch them crash! 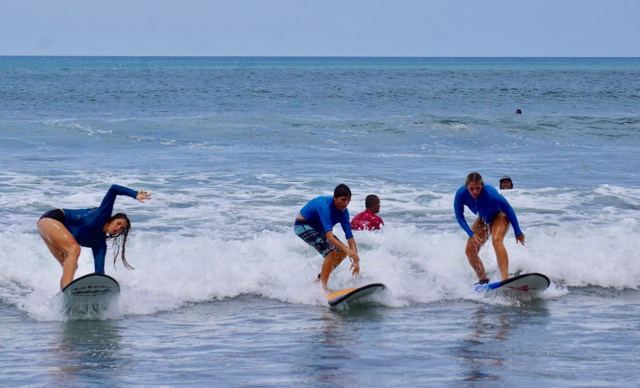 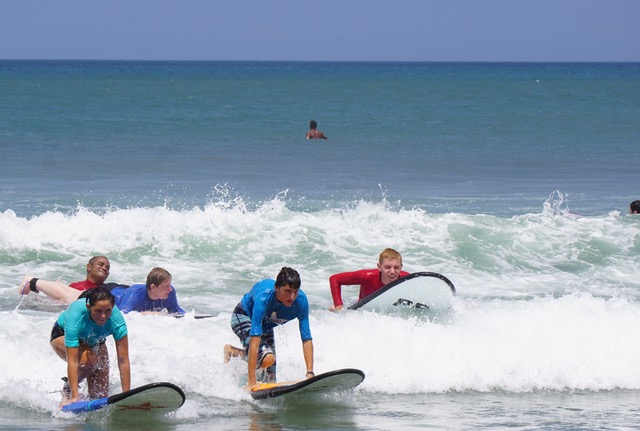 Everyone had a refreshing, exhausting time.

Jordan saw a hat and sunglasses he liked so we fixed him up with them. Pretty styling beach bum! 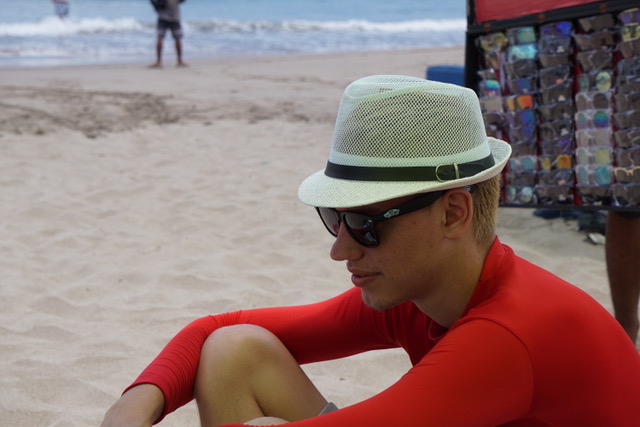 Back here at the house, Stanley is now getting fatter and living like a queen…

Angel is still getting along ok, and now loves to be loved and to be right with us,

and for just a couple days we are taking care of a 3 or 4 year old female pup named Coco, until her new adopted family picks her up. 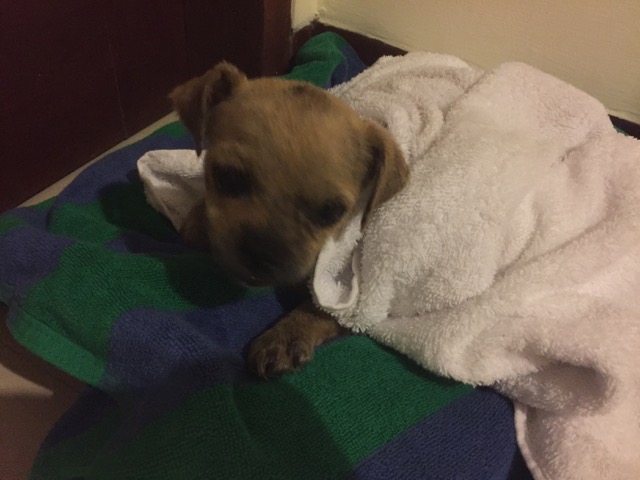 She was found on the street, sick, starving and covered in all sorts of skin conditions. She was treated, sterilized, vaccinated and is a happy girl now compared to how she was in this picture.

I told Danny about her and his response was to not turn our home into a kennel. I promised that Coco was temporary, and as we know, Angel won’t be with us long. It’s so hard not to help when we are surrounded by abused, starving dogs. This country has a huge problem in this area.