Hulishan Fortress is located on the south side of Xiamen Island on the top of Huli Hill. It overlooks the sea and was built in 1894 to protect the island from invasion as part of the Westernization Movement.

Hulishan is famous for its cannons. Over 50 cannons were purchased from Germany for the fort during the Ming and Qing dynasties during the years 1644 to 1911. 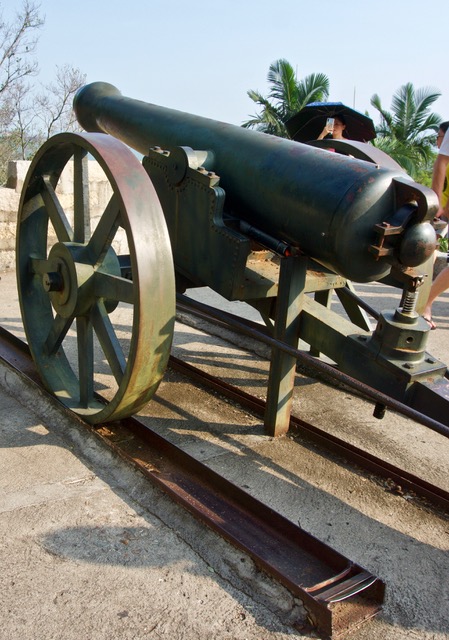 This is looking in to the Krupp cannon from the back side.

The fort was built with granite rocks, and the base of the fortress is made of a mixture of tree sap, liquid brown sugar, glutinous rice, sand and clay. It’s amazing that those ingredients have held up so well over all this time and against the elements.

The shells used in some of the cannons were enormous, and are on display along the sides of the barracks corridors. The two main artilleries being 87 tons in weight and 280mm caliber.

Inside each shell, is a large amount of gun powder, causing them to explode on impact – which was really effective in obstructing enemy warships as they cooperated with the Yuzaiwei Fort across the sea.

Large statues are scattered throughout the 70 000 square meter grounds, depicting the efforts of those building the fort.

As we neared the end of exploring, storm clouds gathered and a beautiful glow settled over the area just before drenching showers began to fall. 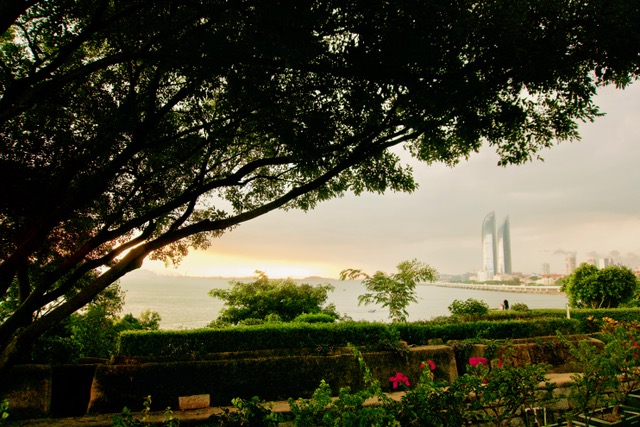