The Acropolis eclipses all else, demanding complete attention as it monopolizes the hill of the Acropolis in Athens, Greece. 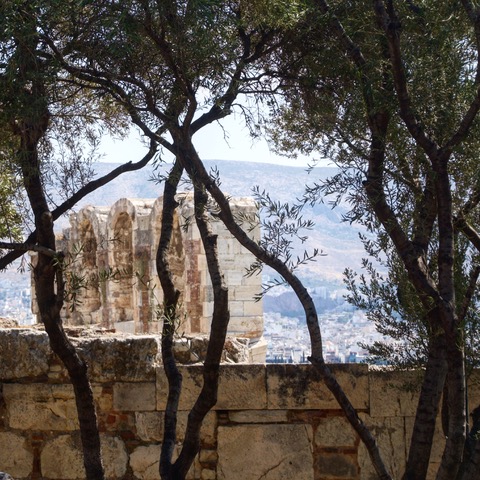 A winding rock path of well worn slippery marble meanders up a hill through olive trees and dry dirt, and a sense of reverence and awe hangs heavily in the air. 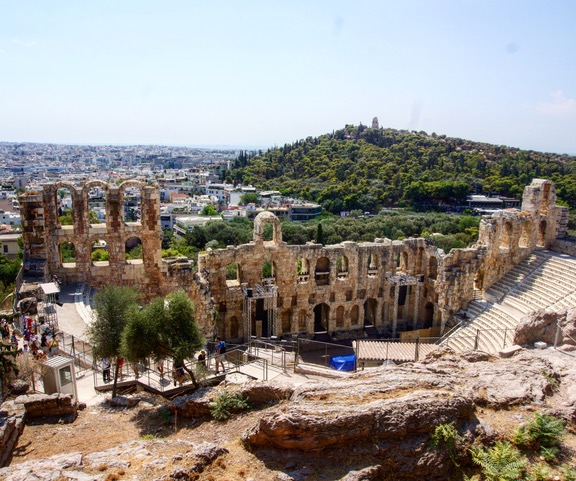 The first structure we encountered was the Odeon of Herodes Atticus. Philosopher, Tiberius Claudius Atticus Herodes built it as a memorial for his wife in 160 AD. The 3 stories of arches, windows and columns are incredibly beautiful, with Athens as a spectacular backdrop, and the theater can seat about 5000 people. 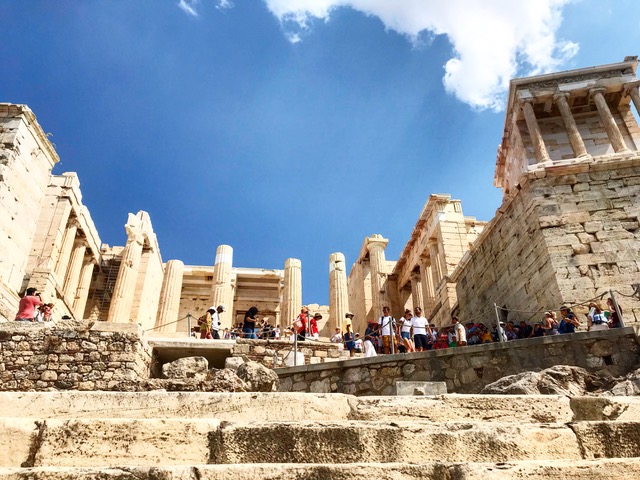 Farther up the winding path, are stairs and more stairs that lead to several impressive ancient structures including the Parthenon. 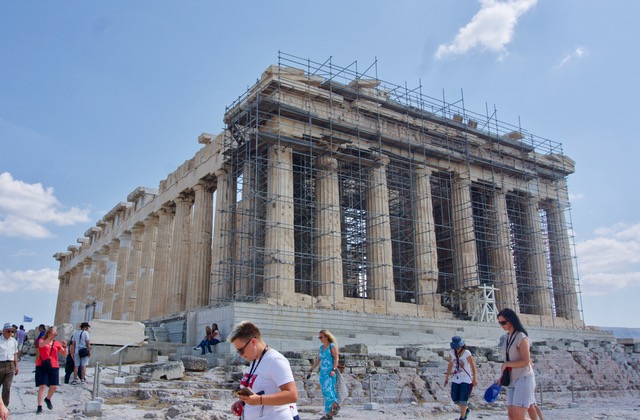 The Parthenon is massive (101ft wide and 228ft long), and was designed in an incredibly genius way: Tilting each column 6 cm inward, which causes it to look even more grand than it already is!

While walking the grounds, it was interesting to imagine what it would have been like in 438 BC when it was built. The back breaking, finger smashing, sweat pouring grunts and groans that went into day after day for nine years.

The Erectheion, Temple of Athena Nike, The Propylaea and several other structures are also at the Acropolis.

Acropolis means ‘summit of the city’, and due to it’s setting up on the highest hill, it was considered the perfect location for safety. 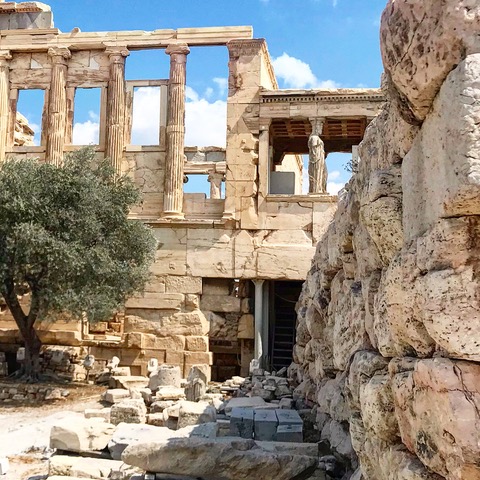 It was believed that Poseidon struck the rock of the Acropolis with his trident, and water appeared, streaming out to provide water for the people in the city, and that a horse leaped out from the point where the trident struck. Athena then responded by striking a nearby rock with her spear, and an olive tree sprouted from the ground. The olive would later become a source of wealth for Attica.

It was judged that Athena, who is the Goddess of wisdom and courage, won the contest between the two, and she became the protector of the city.

The cities name was changed from Kekropia to Athina to honor her.

Incredible work continues to be done to preserve these amazing monuments as three main focuses are constantly monitors and worked on: Mechanical damage, caused by earthquakes, explosions, fires, and freezing; Chemical damage, a result of acid rain and air pollution which has eroded the marble; and Biological damage, caused by plant roots, molds, and bird dropping etc.

It makes me happy to know that each day as we are busy with our lives – running errands, working on projects, meeting with loved ones, the Acropolis is still there – being restored, cherished and admired, and we can always come bak and once again feel the beautiful energy.